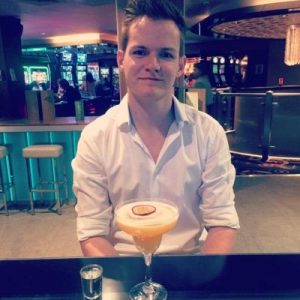 WPT UK looks set to be another high stakes affair this month both on and off the felt thanks to an interesting prop bet between Alex Goulder and Dusk Till Dawn (DTD) owner Rob Yong.

As is often the case when professional players get together for a major festival, prop bets start to form long before the first cards are dealt.

With everything from the color of the cards on the flop to how a long a player will last in a tournament being fair game, there’s often plenty of extracurricular entertainment for those on the rail.

Table Betting with a Difference

In keeping with tradition, Goulder and Yong have each decided to put up £10,000 ($12,200) of their own money in a bid to see who the best table tennis player is.

Although on a much smaller scale, the bet is very similar to the $200,000 wager Gus Hansen and Patrik Antonius made back in 2007 to see who the best tennis player was.

On this occasion, however, the proceeds of the bet won’t be going to the winner, but to the winner’s charity. As yet, the two charities haven’t been named, but one thing we do know is that Goulder is a huge dog in this fight.

Before he became one of the leading lights in the European poker industry, Yong was a five-time table tennis champion in his native Nottingham. Despite hanging up his paddle a long time ago, it’s unlikely Yong will have lost his eye for the perfect shot completely.

In contrast, Goulder is a self-proclaimed novice and probably won’t pose much of a threat to a former champion.

With Goulder being a professional poker player, there’s a chance he’s playing an angle here in order to wrong foot his opponent. If that is the case, then his ten-point head start could prove decisive and mean Yong is $12,200 out of pocket.

However, even if this is the case, there is likely to be a lot of support for Yong on this one. Of course, when the first-to-21 showdown comes to an end the real winner will be the charity that receives a $24,400 donation.

While Goulder and Yong prepare to do battle on the table tennis table, the rest of Europe’s top players will be vying for a slice of a total prizepool worth $3.6 million.

Kicking off the festival inside DTD on October 28 will be the $600 WPT500. Offering a guaranteed prizepool of $1.2 million, that event will pave the way for a selection of mid-to-high stakes events, including the Devilfish Cup and the WPT UK Main Event.

However, for at least a few brief moments during WPT UK, the focus of the rail won’t be on the cards but on two men batting a small white ball over a net in the pursuit of a $24,400 prize.