WPT Rolling Thunder, happening now at the Thunder Valley Casino Resort outside of Sacramento, is the last stop on the California tour. After Tuesday’s play, the tournament is down to its final table of six. Mike Del Vecchio will have a sizable chip lead (4,270,000) over John Hadley (2,978,000) when play resumes on Wednesday at noon PST. 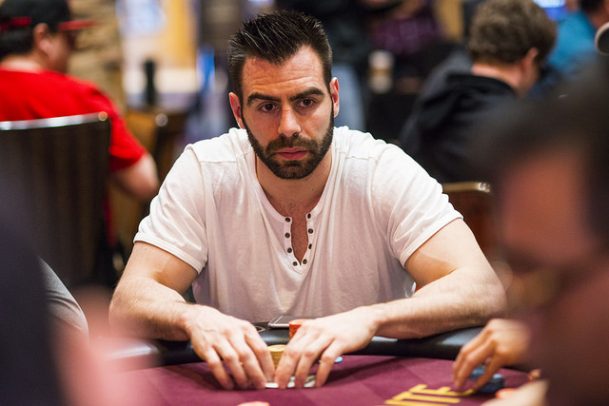 Olivier Busquet will start the day with the shortest stack at the WPT Rolling Thunder final table, but he still hopes to win his second WPT title. (Image: WPT)

On the final hand of play Tuesday, Ankush Mandavia lost a race to Mizzi for all his chips. He ended up in 7th place ($43,829), just missing a seat at the final table. Last year, he finished in 8th place in this event.

The main World Poker Tour has been moving through the Golden State over the past few weeks. The California Swing contest started in Los Angeles at the L.A. Poker Classic. Daniel Strelitz won that event, after holding the chip lead at the end of the last four days.

The WPT then moved up north to San Jose for the Bay 101 Shooting Star, won by Sam Panzica. The victory put him just 50 points behind Benjamin Zamani’s Player of the Year (POY) lead. Sacramento suburb Lincoln is the host city of the final California Swing stop, where a champion will be crowned on Wednesday. Live stream will be available on WPT.com for the Rolling Thunder final table.

That means that California Swing contest has all but concluded. Rainer Kempe racked up enough points to wrap it up on Tuesday, even though he didn’t cash at Rolling Thunder. His 18th place finish at the LAPC and 6th place at Bay 101 were unbeatable. He wins $10,000 in hotel stays and food vouchers during the California events in 2018.

Season 15 of the World Poker Tour is nearing its end, and after Wednesday’s final table, there will be just one major event prior to the April 7 Tournament of Champions (TOC). That remaining tournament is the Seminole Hard Rock Poker Showdown in Hollywood, Florida on March 31-April 5.

The TOC then also takes place at the Seminole Hard Rock two days later. Panzica still has an opportunity to pull ahead in the POY race. He’s close enough that any cash would give him the title, as long as Zamani doesn’t finish in the money himself.