WPT Pulls the Plug on WPTPoker.com 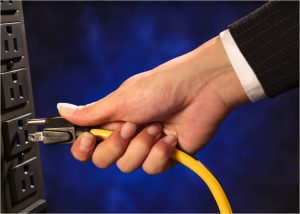 WPTPoker.com, the online poker platform of the World Poker Tour, recently announced that it will be closing its virtual doors on June 6.

Announced in a letter sent out to affiliates this week, the closure will contain a three-month grace period during which players will be able to log into their accounts and withdraw any funds they still have locked away.

To comply with all necessary guidelines, the closing will also include the removal of all tournaments and cash games, the reversal of any tournament registrations and the blocking of new deposits from June 6 onwards.

For players with more than cash in their account, all tournament dollars and tickets will be refunded after June 6; however, tournament entries with no cash value will not be compensated.

Additionally, if a player has qualified for a live event via WPT Poker, their invitation will remain valid.

Finally, any player that doesn’t log into their account before the three-month deadline (September 3, 2015), can still get their cash but will have to request a manual payout directly via WPT Poker.

However, any promotions or loyalty points not claimed before the September 3 deadline will be forfeited.

Speculation as to why WPTPoker.com is closing down has been rife since the announcement, with many suggesting the impending sale of bwin.party could have something to do with it.

A vague statement from WPT simply stated that the closure is a business decision.

“Unfortunately, the business has decided that WPT Poker should close,” read the statement from WPT Poker.

With various operators looking to take control of bwin.party, the company will likely want to streamline its assets ahead of any potential takeover.

Given that bwin.party recently reported a year-on-year revenue drop, it’s possible that WPTPoker.com wasn’t making any money and could therefore be seen as a potential deal breaker if it was kept active.

Although lower than expected sports betting revenues partially contributed to this decline, online poker activity on the bwin.party network has also dropped in recent months.

Now nestled in at position #6 on PokerScout’s online traffic report, bwin.party has seen a 10.5 percent drop in traffic between Q1 2014 and Q1 2015 and WPTPoker.com is likely one of the assets dragging down the operator’s overall numbers.

While the reason for WPTPoker.com’s closure might not ever be known, the site will be closing within the coming weeks and players will now have to login and clear their accounts before the site is deactivated completely on September 3.