The World Poker Tour, in an effort to speed up poker and keep its televised tournaments exciting, will integrate a 30-second “Action Clock” into events on its Main Tour during Season 16, which begins at Choctaw Casino Resort in Durant, Oklahoma, on August 4. 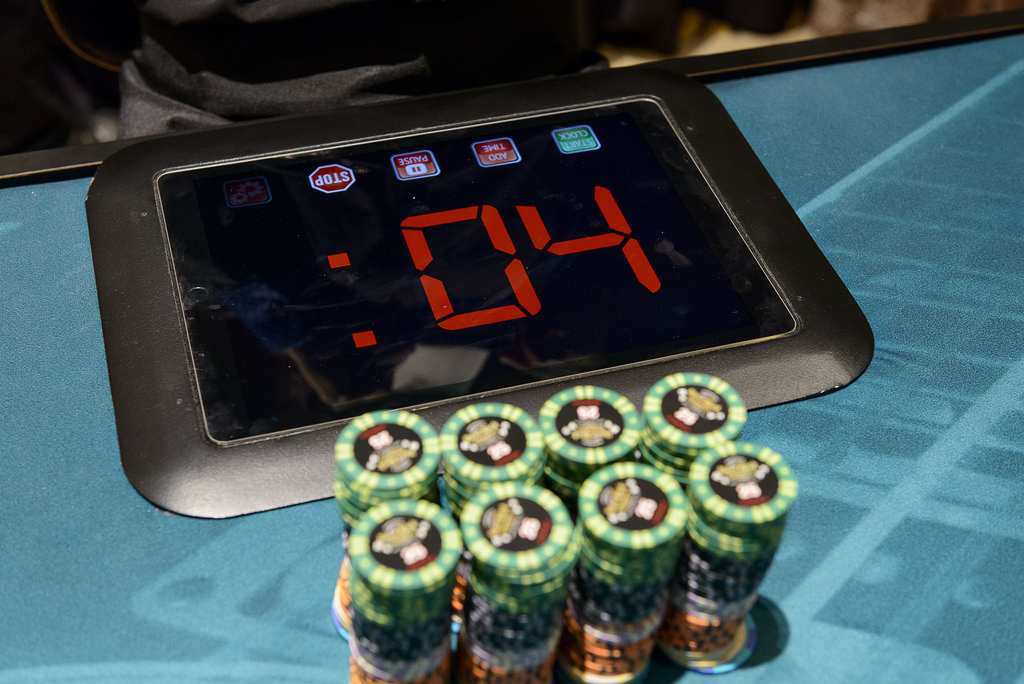 A 30-second “action clock” will help speed along play during Season 16 of the World Poker Tour. (Image: wpt.com)

Pace of play has been a heavily debated topic in poker the past few years. Habitual tankers, those who are consistently slow to act, are often criticized by other poker players.

(Daniel Negreanu, for one, cited excessive tanking as one annoyance the convinced him not to play many smaller events at the 2017 World Series of Poker.)

When the WPT kicks off its 16th season next month, no longer will poker be a game with no time limit. Using clocks embedded in tables, dealers will be responsible for incorporating them into the action once the field dwindles down to one full table away from the money bubble. From there, the clock will remain in effect for the rest of the tournament.

The WPT won’t be the first to employ a shot clock for their tournaments. More frequently, high roller events, such as the $300,000 Aria Super High Roller Bowl in Las Vegas, have started incorporating clocks to move their action along. With few exceptions, competitors have supported the new rules.

Once the clock is turned on, each player will have 30 seconds to act. This includes pre-flop and post-flop betting rounds. If a player doesn’t make a decision within the time constraints, their hand will be declared dead.

Players will receive four time-extension chips. By tossing one onto the felt while pondering a move, a player can buy an additional 30 seconds to think.

Upon reaching the final three tables, each player player’s stack of time-extension chips is reset to six. Once those are gone, there’s no getting them back.

The dealer is responsible for operating the Action Clock. After all cards are dealt, the clock starts for the player under-the-gun, and resets after each player acts. Dealers must alert players verbally when the clock is down to 10 seconds.

The WPT’s season kicks off on August 4 at Choctaw Casino with a $3,700 buy-in tournament. On August 25, the Main Tour heads further west to the famous Bicycle Casino in Los Angeles for the $4,000 WPT Legends of Poker.

Other notable events on the Season XVI schedule include the $5,000 WPT bestbet Bounty Scramble in Jacksonville, Florida (October 21), and the $10,400 WPT Five Diamond World Poker Classic at Bellagio in Las Vegas (December 5).

“Showboating” is one thing, and “playing” a player is another. Personally, I like this concept seeing that there are more ‘online players’ that are taking more risks and/or “donking” and playing looser (like they do online, with a RNG…”random number generator”)…when they play a live 52 card table.

But at the same time, seeing both sides of the game… online vs. live table …that little green “call clock” button can and will be abused.

(Just a side note to WPT): Get rid of that IRRITATING “tick-tock”. Not sure if the table players hear that but it has completely turned me off watching WPT on TV.