WPT Heads Into Indochina Via Thailand and Cambodia

The World Poker Tour (WPT) plans to make more waves in Asia after adding two new stops in Cambodia to its national tour. As part of its ongoing expansion program across the Asian continent, the WPT says it has partnered with an outfit called An Education Investment LTD. to create two new events: WPT National Thailand and WPT National Cambodia. 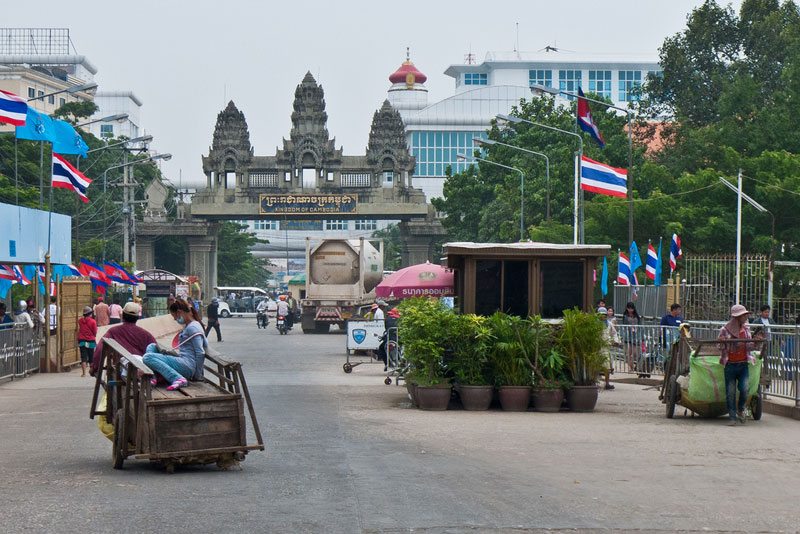 WPT’s entrance into Cambodia, including a stop in Poipet (seen here), signals the continued growth of poker across Asia. (Image: siemreap.net)

A WPT spokesman told CardsChat that An Education Investment LTD. is a Cambodian company that operates poker businesses in the two hotel properties being used for the upcoming World Poker Tour events.

Because it’s currently illegal to gamble on activities such as poker, bingo, and casino games in Thailand, the WPT decided to host the national event in neighboring Cambodia. And with these series set to take place just a week apart, it’s expected that a number of top players will make the trip.

According to the WPT’s Adam Pliska, the decision to host two new events in Cambodia was not only a chance to expand its own roster, but a move to meet the growing demand for poker in Asia.

Over the past few years the poker market on that continent has boomed, despite China still posing a problem for operators. While the regulation of poker in China would undoubtedly spark a major increase in activity across the region, other Asian countries and provinces are still thriving.

At the start of September, the PokerStars Macau Poker Cup 25 Red Dragon Main Event broke all previous records, after attracting 1,145 players. That figure topped the event’s prior record of 1,075, and sits as a clear sign that poker’s popularity in Asian countries continues to skyrocket.

With more local and international players willing to make the trip to various locations across the continent, the WPT believes the time is right to add two events to its national tour. Unlike its main events, which command buy-ins of $3,000+, national tournaments are a chance for lower stakes players to shoot for a WPT title.

Giving Asian Players a Chance to Ante Up

The two new events will follow a similar dynamic with WPT National Thailand’s main event costing $1,100 while its Cambodian equivalent will have a $1,485 price tag. As well as offering a more affordable buy-in, each tournament will have three starting flights and two re-entries per player, per day.

To ensure the event is a player friendly as possible, the WPT will be hosting two parties before the cards start to fly and throughout the festivals there will be cash games and smaller side events running around the clock.

As poker continues to expand across Asia, events like this are likely to become more common. When the market was just starting to grow there was a lot more focus on hosting major events in the region in order to attract the most interest. Today, however, there is more support for the game across the continent and that means lower buy-in tournaments are not only possible, but have a greater chance of being successful.

The action will take place  as follows:

WPT Thailand runs from  December 22 to December 29 at the Holiday Palace Casino & Resort in Poipet, Cambodia.

WPT Cambodia runs from January 2 to January 13 at the Queenco Hotel & Casino in Sihanoukville, Cambodia.