This year’s NFL Super Bowl is being held in Minneapolis on Feb. 4, and while the city will be focused on football activities, the World Poker Tour is hoping to piggyback off the excitement with the WPT Foundation NVRFLD charity event. In conjunction with Latitude, the WPT Foundation will host the minimum $5,000 buy-in event on Friday, Feb. 2. 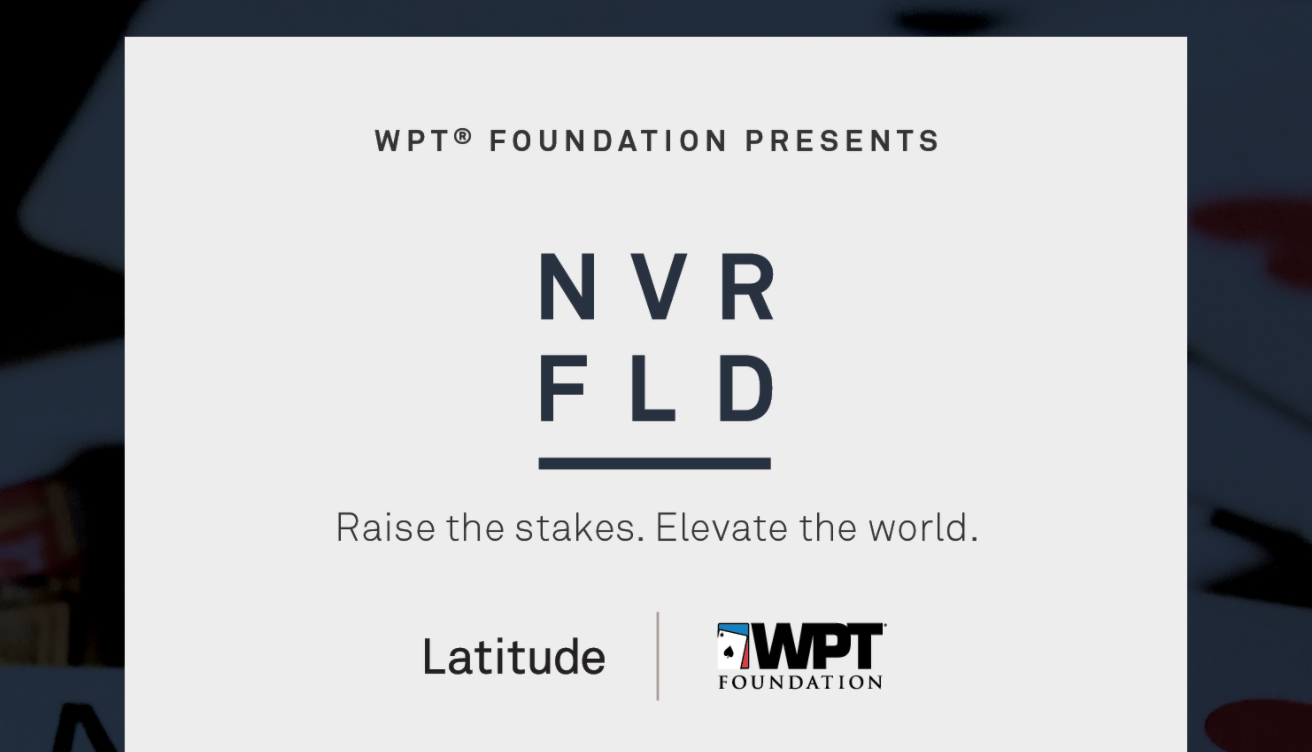 Based in Minneapolis, brand design agency Latitude is hoping to capitalize on Super Bowl fever by hosting a charity poker event with the WPT Foundation. (Image: WPT)

Entry into the tournament isn’t cheap. The “Like a Pro” package, which includes a seat for one player along with a guest entry, costs $5,000. For two player entries, you’ll want the “Two of a Kind” package for $7,500.

For high rollers, there’s also a “Big Baller” option for $40,000. For that, you’ll get four player entries, four guest entries, a guarantee to play with a celebrity, and eight passes to a VIP cocktail reception.

“Oftentimes, the criticism poker players receive includes their lack of contribution to society, when in fact the opposite is true,” Dunst told CardsChat. “Most poker players are very conscientious and very aware that their job may not contribute in the most direct way, so it makes sense to be involved in various charitable organizations or even hold their own charity events in order to give back due to the importance and necessity to support such great causes.”

The charity event will be held at 718 Washington Ave N in Minneapolis. Doors open at 5:30 p.m. and cards will be in the air an hour after that.

“I sought an opportunity to put our activation space to good use when the sports world converges in Minneapolis,” Latitude Co-founder and President Jeremy Carroll said. “The NVRFLD event is on track to raise more than $1,000,000 to benefit people living in poverty locally and abroad.”

The WPT Foundation was established in 2012, and since then has raised more than $8 million for charities around the world.

“It is one of the best parts of this job that I get to go to these charitable functions,” Dunst said. “We had two major charitable functions in New York City recently, and WPT Foundation has been doing events all over with a number of reputable charities over the years.”

One of the New York events Dunst references was November’s “All In” for Kids Poker Tournament, which raised money for the Children’s Hospital of Philadelphia. WPT Raw Deal host Phil Hellmuth served as emcee, while poker luminaries Andy Frankenberger, Matt Glantz, and Jonathan Little all attended. Likewise, Rounders and Billions scribe Brian Koppelman made an appearance.

Among the charities the WPT Foundation has worked for are the Model Citizen Fund, Catch 81 Foundation, U.S. Vets Initiative, and the Bell Gardens PD Explorer Program.

The WPT is currently in South Florida for the 2018 Lucky Hearts Poker Open, which will crown a winner on Wednesday.