World Poker Tour superstars Darren Elias and Chino Rheem beat the bubble and advanced to Day 4 in the $10,400 WPT Five Diamond World Classic at Bellagio in Las Vegas on Wednesday. 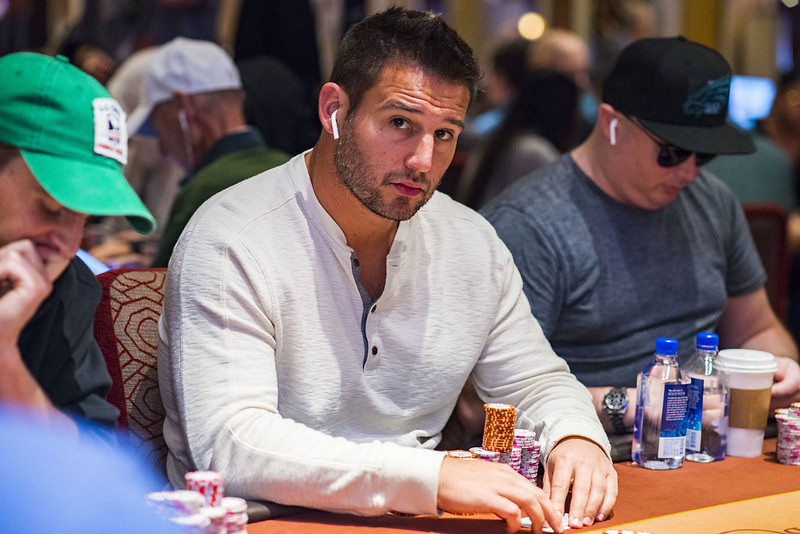 Daniel Negreanu also bagged a stack, albeit a modest one. The GGPoker ambassador bought into the tournament twice after publicly speaking out against unlimited re-entry. As it turns out, firing that extra bullet paid off. Negreanu busted on Day 1 and then re-entered on Day 2. He’s now one of the 81 remaining players, and in the money.

The Five Diamond is arguably the most prestigious event on tour each year, and also has some historical significance. Gus Hansen was the inaugural champion in 2002, winning the event for $556,400. That tournament was the first-ever World Poker Tour event.

Darren Elias is the only four-time winner on the World Poker Tour. He also holds the record for most cashes (now at 38) and final table appearances (13). In a nutshell, he’s the G.O.A.T. of all G.O.A.T.’s when it comes to the WPT.

On Day 4 he bagged a healthy stack of 793,000 chips, the equivalent of 79 big blinds. That puts him right in the thick of things as the field continues to play down from 1,035 entries (the largest in the event’s history) to an eventual champion, who will earn a first-place prize worth $1,694,995.

The $10,400 buy-in tournament at Bellagio is set to conclude with the six-player final table at 2 pm PT on Saturday.

Chino Rheem is a great player, it’s good that he survived until day 3, I hope to see him at the final table, as is common.