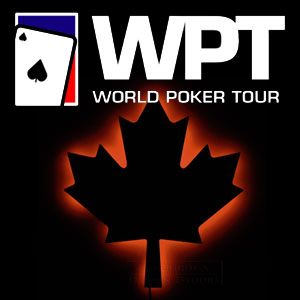 After a successful showing in Montreal, the World Poker Tour will return to Canada for WPT Fallsview Poker Classic, another stop in the exciting twelfth season of the tour.

Season XII of the World Poker Tour is already expanding with the recent addition of WPT Fallsview Poker Classic. Taking place in February 2014, WPT Fallsview will be held at the Fallsview Casino Resort which is an hour outside of Toronto. Running from the February 22 – 24, the CAD $5,000 Main Event will give Canadian players another chance at getting their name on the WPT Champions Cup.

The recently televised WPT Montreal Main Event wrapped up on December 5 at the Playground Poker Club in Kahnawake, Quebec. Air Force pilot Derrick Rosenbarger walked away champion with a prize of $500,824 after a 65 hand battle with pro Mukul Pahuja. “Poker is more popular than ever in Canada, and our players have been asking us to add another WPT stop north of the border,” said WPT President Adam Pliska. “We’re thrilled to accommodate them by adding this great new event to the tour, and we look forward to another fantastic event on Canadian soil.”

The Fallsview Main Event caps off the end of a week-long, three-event series that starts on February 18. Both a CAD $1,100 and CAD $2,500 tournament are available to players; they may buy directly into the events or qualify through satellites which began on December 9.

A Luxury View of Niagara Falls

The aptly-named Fallsview Casino will give WPT participants an experience to remember, even if they don’t walk away winners. The casino resort offers over 3,000 slot machines and 100 gaming tables. While the resort is packed with fine-dining restaurants, retail stores and other amenities, little will compare to the breathtaking view of Niagara Falls.

“The return of the WPT is exciting news for all talented and notable poker enthusiasts,” said Greg Medulun, Fallsview’s Director of Communications. “Our casino is well-suited to host what will be a definite sold-out event given the added excitement WPT brings.” For those wishing to see the sights, the area is full of renowned attractions such as the Botanical Gardens, the Butterfly Conservatory, scores of wineries and, of course, Niagara’s historical sites.

The WPT is close to wrapping up its most recent stop, WPT Doyle Brunson Five Diamond World Poker Classic. The event is taking place at the Bellagio in Las Vegas, Nevada where it began on December 6. With a buy-in of $10,300 and a prize pool of over $4 million, the event will end on December 11. Tour enthusiasts also have the WPT World Championship to look forward to from April 22 – 26 at the Borgata in Atlantic City.

Perhaps one of the most hyped events of the tour is the WPT Prague. It is there that tennis pro and Olympic gold medalist Rafa Nadal will play his first live tournament after months of training and anticipation. Nadal will also face off against another sports star in the form of Brazilian football legend Ronaldo. The event begins on December 15, the same day as WPT Korea, which takes place in Jeju, South Korea. Season 12 has already brought the World Poker Tour to many exciting locales including France, South Africa and Cyprus. 2014 will find the Tour hitting several states in North America including California, Florida and New Jersey; it will also make a stop in Venice.