World Poker Tour G.O.A.T. Darrren Elias couldn’t escape the pocket aces curse on Day Two at WPT Choctaw as the bubble burst, but he did secure his record 36th cash. 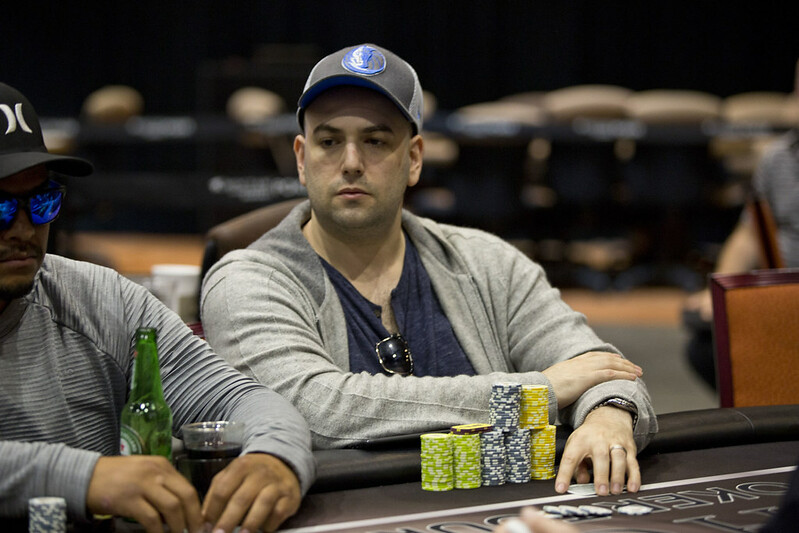 Numerous past WPT champions advanced to Day Two on Sunday, but none of them survived the session. So, that means we’re guaranteed to have a first-time winner. And it could be Morris, who doesn’t have an extensive poker tournament resume.

Day Three begins at noon CT from Choctaw Casino in Durant, Oklahoma. Play will run until the final table of six has been achieved. At that point, the tournament will take an 11-day break and resume on May 31 in Las Vegas as the HyperX Esports Arena on the Strip.

The World Poker Tour is shifting many of its final tables to that Sin City venue. WPT Choctaw will take place the same week as the Aria Summer Championship, which is also in Las Vegas. Those two final tables will wrap up the 2018-2019 WPT season leading up to the June 1 Tournament of Champions, which is only open to Champions Club members.

Darren Elias, of course, is one of those Champions Club members as he is the only four-time winner in tour history. On Sunday, he fell victim to the pocket aces curse.

Elias ran into Ahmad Popal’s flopped set of 3’s on a dry board and was eliminated in 63rd place for $6,695. That gave him his 36th career WPT cash, extending his previous record.

It was a disappointing finish for arguably the greatest player in World Poker Tour history. Not long before that final hand he had over 100 big blinds and was among the chip leaders. Texas hold’em can be a crazy game at times. You can go from hero to zero in a matter of minutes.

Is it Finally David Pham’s Time?

Most of the big name pros are out but one WPT crusher remains. David Pham just might be the best player in tour history to have never won a title. And he bagged an above-average stack (889,000) on Day Two.

Pham has made seven career World Poker Tour final tables and has nearly $2.5 million in cashes. But he still isn’t a Champions Club member. Perhaps, his time has finally come?