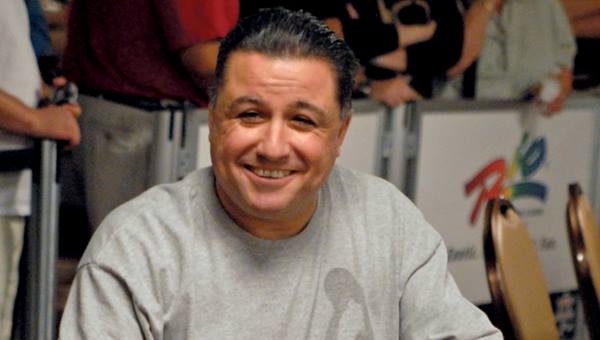 With just 159 players left out of 1,179 entries, the bubble was set to burst. When the 111th place finisher exits, the tournament will officially be in the money.

And with nine players under 20 big blinds when the day kicked off, the bubble was likely to burst long before Wednesday’s action concluded.

Speaking of blinds, the decision to change levels from 75 minutes as in previous years to 60 minutes hasn’t gone over well with some poker pros. Allen Kessler complained on Twitter to WPT Tournament Director Matt Savage about the shorter blind levels, and the fact that only nine percent of the field was being paid this year.

Maruf wouldn’t be complaining about the blind levels heading into Day Three, not with a massive stack. The native of India has just one small previous cash in a WPT event, but over $350,000 in lifetime live tournament winnings.

Watch Out When Hinkle Has a Big Stack

David “The Dragon” Pham cracked the top 10 after Day Two as well. He’s one of the most successful WPT performers to have never won a title. Pham has seven final table appearances, but hasn’t quite been able to get over that hump. He’s hoping Mike Sexton will make a toast to him on Friday.

Champs in the House

There were eight WPT Champions Club members left in the field when play began on Wednesday, including Elezra. Olivier Busquet, who is also one, had a great Day One, but ran into some bad luck on Day Two. The MMA fighter/heads-up poker specialist has just 65,000. He needed to double up quickly to avoid making a short day of it.