WPT Borgata Played Down to its Final Table with $575k on the Line
September 21, 2018 Tournaments & Cash Games

WPT Borgata Down to Final Six, No Past Champions Remain 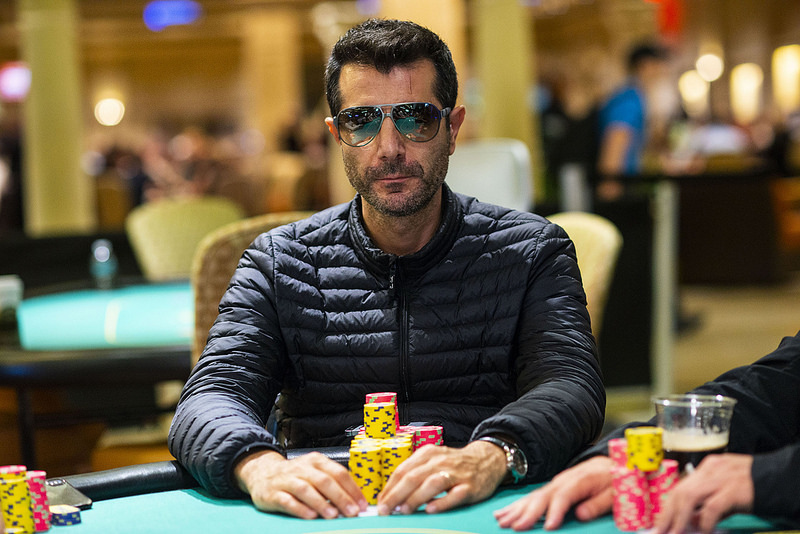 Just six players remain out of 1,075, none of whom are past WPT champions. Each final table participant is guaranteed at least $121,000. Play resumes at 2 pm ET on Friday.

Thursday’s Day Four action ran until 2:30 in the morning thanks to 60-minute levels and deep stacks. The same structure will continue until heads-up play begins. Blind levels will then switch to 30 minutes.

Can Anyone Catch Chip Leader?

Yilmaz has nearly a 3-1 chip lead over Oleg Shnaider who is in second place. His lead is so big the others might need to pull a Tom Brady to win (28-3 Super Bowl LI comeback, anyone?).

With that said, Shnaider is only one double-up through the chip leader away from overtaking Yilmaz.

Yilmaz, a California resident, began the day in third chip position (3 million). He quickly began picking off opponents. It was a steady climb to the top throughout the day.

With eight players remaining late in the day, he surpassed the 22 million mark, good for more than half the chips in play. He began Day Five with almost exactly 50 percent of the chips.

But the funny thing with the game of poker is a heater can stop at any given time. He might come back Friday to a cold deck and end up in fifth place.

With that said, he isn’t exactly facing the most brutal final table in poker history. There are no Ivey’s or Bonomo’s left to beat. TK Miles is the only player left who has more than Yilmaz’ $955,000 in career earnings. Of course, the cards often dictate the final outcome and no one can control that variable.

All eyes were on Ali Imsirovic on Thursday as he attempted to went for a third tournament win in a week. Last week, the 23-year-old went back-to-back in the Poker Masters high roller series and won the purple jacket, awarded to the player who accumulates the most points throughout the event.

Imsirovic was one of 24 players who made it to Day Four and outlasted most of those opponents. But he shoved his small stack into John Lakatosh’ pocket aces pre-flop and was eliminated in ninth place ($57,570). He didn’t win his first WPT event, but it was his third impressive performance in just a week.

Not bad for a guy who casual poker fans didn’t even know a week ago.

I do not know that player Erkut – is it a Turkish one? Otherwise, good performance by Ali, stable and solid results …