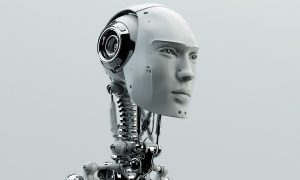 WPN promises to get tough on poker bots, but to one high-tech poker cheat says it’s not going to be easy. (Image: careers2030.cst.org)

The Winning Poker Network (WPN) has declared war on bots. Speaking on TwitchTV this week, WPN CEO Phil Nagy said that enough was enough: it was war and “there would be casualties.”

WPN has been criticized for not doing enough to combat the use of bots on its network. This situation was highlighted last week when a self-confessed botter appeared on the 2+2 forums to explain that his bot had won $30,000 from the network in six months, and, having withdrawn the funds, he now intended to retire from botting in order to pursue “something more meaningful.”

The cheat, known as “themadbotter” on the forum, explained how he was able to hoodwink the network and its players by programming his bot to randomly sit out and take breaks every couple of hours.

Moreover, the bot would never play for more than six hours at a time, he said. It frequently switched tables and joined waiting lists. It would mis-click every so often, and was instructed to type very occasionally short comments in the chatbox. In short, the madbotter’s bot was very human indeed.

To add insult to injury, themadbotter accused unregulated networks like WPN of tolerating bots because they “are the best type of customers for many sites.”

“They play a lot of volume, fill up the tables, and pay rake; they wait patiently for deposits/withdrawals; they never complain or pepper support with e-mails,” he said.

This was a bridge too far for Nagy, who said that within 30 days WPN would become the most bot unfriendly network around. He had, he said, come up with the “single biggest deterrent for anybody who wants to even think about doing bots.”

“To do this right, you gotta draw a line in the sand, if you end up being a casualty of war … collateral damage, I apologize, but this is what the people want,” he added.

With this, themadbotter, who had disappeared from the 2+2 thread after becoming spooked that another poster might have figured out who he was, suddenly popped up again.

“ACR CEO was on Twitch earlier and promised that at the end of the month, the site will become very bot-unfriendly; that botters will no longer be able to operate with complete impunity,” he posted.

After which he wrote simply:

Look out WPN, themadbotter is coming out of retirement.

Poker Stars I think has done this in the past. Heard stories about they accuse a player of cheating and to prove they were playing with video footage of them playing at home.With holding their winnings. When the player never cheated. Anyone verify this. Seen it in chatrooms or posts.

To say this is what people want and say but we will screw over some innocent people but its ok its what the people want . Lol What a farce. Keep telling yourself that, just maybe you may really believe that.

Hah! This is silly. The only way to rid them completely is to add serious upgrades to the software to recognize the bots – which they may never do.

Profiling is the wrong way – as themadbotter will attest to, and realizes, that you can change the bots behavior enough to throw off the dogs, and if he can mimic the bots play style, which I assume he can, he can easily prove he is playing and not the bot

this is a software/hardware issue that needs to be resolved. maybe they will come up with something new, maybe an “I am not a robot” button that randomly floats across the screen that a player has to hit every 15 minutes or so