World Poker Tour Not Up for Sale, Owner Says

The World Poker Tour isn’t up for sale despite rumors to the contrary. Ourgame International Holdings Ltd., the poker tour’s parent company, released a statement addressing the issue. 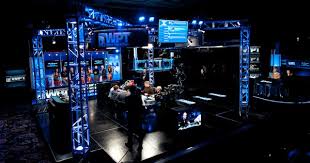 Despite rumors, the World Poker Tour is not up for sale. (Image: somuchpoker.com)

It’s unclear what fueled the above statement. An internet search didn’t pull up any reporters or financial experts suggesting the WPT is up for sale. Ourgame’s shares weren’t publicly traded on the Hong Kong Stock Exchange (HKSE) on Tuesday but were back on the board Wednesday.

Ourgame, a Beijing-based business, is currently worth $292.1 million. The company purchased the WPT in 2015 from Bwin Party Digital Entertainment Plc. for $35 million. WPT Enterprises originally owned the poker tour beginning in 2002. It was then sold off to PartyGaming in 2009 for $12.3 million.

Online Card and Board Game Developers

Ourgame is a China-based business that is publicly traded on the HKSE. The company claims to be the first to have a dedicated online card and board game business.

The company portfolio includes more than 200 online games. And, of course, ownership of the world’s most popular and longest running poker tour.

Founded in 1998, Ourgame has built quite an empire. In 2000, the company organized the China-Korea Go Tournament which drew 12,000 players, a record at the time. Last month, Ourgame announced an interest in creating an online social casino in the United States.

The World Poker Tour has nearly tripled in value since PartyGaming sold it in 2009. Even when factoring in inflation, that’s quite impressive.

Would Ourgame actually sell the WPT when the business is on the upswing? According to the statement released by the company, the answer is no.

Season 15 of the World Poker Tour concluded last week. The excitement level for the tour is as high as ever. Fox Sports has shown strong interest in continuing its long-time broadcast partnership with the WPT, and thousands of poker players each year are still signing up for tour events.

Benjamin Zamani held on to win WPT Season 15 Player of the Year in an exciting race. He had to sweat out the last event of the year to claim the title. Mike Sexton, the long-time WPT announcer and Sam Panzica gave him a run for his money, but he held on in the end.

The Season 16 schedule (2017-2018 year) hasn’t been announced yet. But when the new season rolls around, it appears Ourgame International will still own the business.