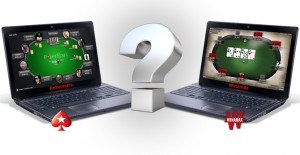 Winamax dominating PokerStars France is the headline from this week’s new online data report. It was only three short months ago that PokerStars France was challenging Winamax for the title of leading cash games provider. However, according to PokerScout, Winamax has opened up a 35 percent margin over its rival, its largest lead since the company’s billionth hand promotion last February.

The two primary French poker rooms have been in direct competition for months, battling for market share as the online gambling climate continues to change.

While PokerStars continues to lead online gambling in many other countries, it seems to have met its match in France. Winamax has consistently appealed to more players over the years, whereas PokerStars’ stake has taken a turn for the worse. Since September, PokerStars has lost players in its cash games, while Winamax continues to attract them. It’s a disturbing trend for the online casino giant that was once optimistic regarding its chances of overthrowing Winamax as the leader in France.

Analysis points to the continued growth and popularity of Spin & Go games as the reason for Winamax’s increase in market share. The online poker site launched the SNG format in August of 2013 with Expresso Poker. Spin & Go is an accelerated format, where three players each begin with 500 chips. Buy-ins range from $1 to $1,000, but the prize pool isn’t based off the buy-in. Instead, the pot is determined by a random drawing that gives the possibility of an award between two and 1,000 times the buy-in. The winner-takes-all concept has captivated poker players around the country.

The fast-paced three-player games and potential for an unbelievably large payout have been too much to resist for many gamblers in France. The new money moving to Winamax led to fewer seats being filled on the more traditional cash games at PokerStars.

Although PokerStars France attempted to regain its base with its own Spin & Go offerings, the site’s cash games traffic is down 20 percent compared to before the introduction of Spin & Go. And worse yet, the figure of 20 percent could potentially be even larger, considering the fall season is when cash games typically grow in traffic.

PokerStars’ core have also displayed their animosity towards Spin & Go tournaments, claiming the possibility of paying out on the highest prize pool is extremely rare, ultimately making the games unbeatable. Experienced poker players point out that the winning prize pool is just double the buy-in 75 percent of the time. With the winner taking all, those stipulations are less than desirable for experienced players accustomed to the site’s cash games.

However, the thrill of the big payout possibility, which some compare simply to winning a lottery, continues to gain favor from players over cash games. In the latest seven-day chart, Winamax averaged 1,300 cash players, compared to just 900 for PokerStars France. The trend continues to show Winamax dominating PokerStars France in the cash games market, as more players move their accounts to Winamax poker rooms.