William Hill announced its withdrawal from the Czech market, just days before the country’s new licensing regime came into force, on January 1st. The UK bookmaking giant said that all of its products and services would be made unavailable to Czech citizens, including online poker, sports betting and casino games. 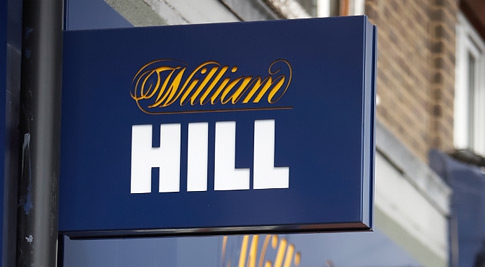 William Hill has left the Czech market, although there are hints it may return. In the meantime, it’s unknown whether any online poker operators intend to apply for licensing under a regulatory framework ill-suited for the game’s prosperity. (Image: yogonet.com)

The Czech Republic, and Prague in particular, may be an enthusiastic hub of live poker, but the future health of its online poker market is uncertain under the new rules.

Its online gambling reforms, passed by the country’s legislature last June by a 42-0 vote, are designed to bring laws more firmly in line with EU regulations by opening the market to foreign operators.

But its tax rates are unlikely to attract many prospective licensees: initial proposals of a 40 percent tax rate on gross gaming revenue were eventually amended to 35 percent, on top of a 19 percent corporate tax rate, which is unworkable for anything but the very biggest online gambling operators.

Online poker sites, in particular, will find it difficult to compete with the unregulated offshore markets, at which Czechs currently bet an estimated $6 billion per year.

Last year, there was speculation that PokerStars would also be pulling out of the market, around the time that it withdrew its services from Slovenia. The circumstances were similar; the advent of a new regime and a punitive tax system, but no announcement was forthcoming.

Rather, PokerStars said that it hoped to apply for a Slovenian license as soon as possible and that it had “no further plans to withdraw services from any other regions in the foreseeable future.”

Whether the company has launched an application for a license in the Czech Republic, a much, much larger market than Slovenia, is unknown, and Czech authorities are tight-lipped.

On December 6, the Ministry of Finance announced that just 12 companies, all homegrown, had been licensed to offer online gambling, with no poker operators listed.

PokerStars is, however, unlikely to consider offering games to Czech citizens without a license because this would render it a black-market operator under the new licensing regime, which could impact its licensing in other jurisdictions.

William Hill, meanwhile, hinted that it wished to apply for a Czech license and that would be back in the country soon. According to CalvinAyre.com, in a message to its Czech affiliates, it said it looked forward to “the opportunity to work together in the future.”

Whether it has any interest in operating online poker, which has never been a core offering, in this harsh new environment is another matter.

Limiting an online poker bet to $40? Limiting the largest amount of an online tournament winning to $2,000? Taxes of 35% on top of a 19% corporate tax?
We can see why William Hill pulled out. Nothing like politicians to slaughter the golden goose.