The first week of the 2018 World Series of Poker saw Phil Hellmuth create drama over a high-priced staking deal, Elio Fox show little interest in winning two bracelets (potentially affecting the Player of the Year race), and the Colossus experience a 27 percent decline in field size — even with the likes of Phil Ivey competing in the $565 buy-in event. 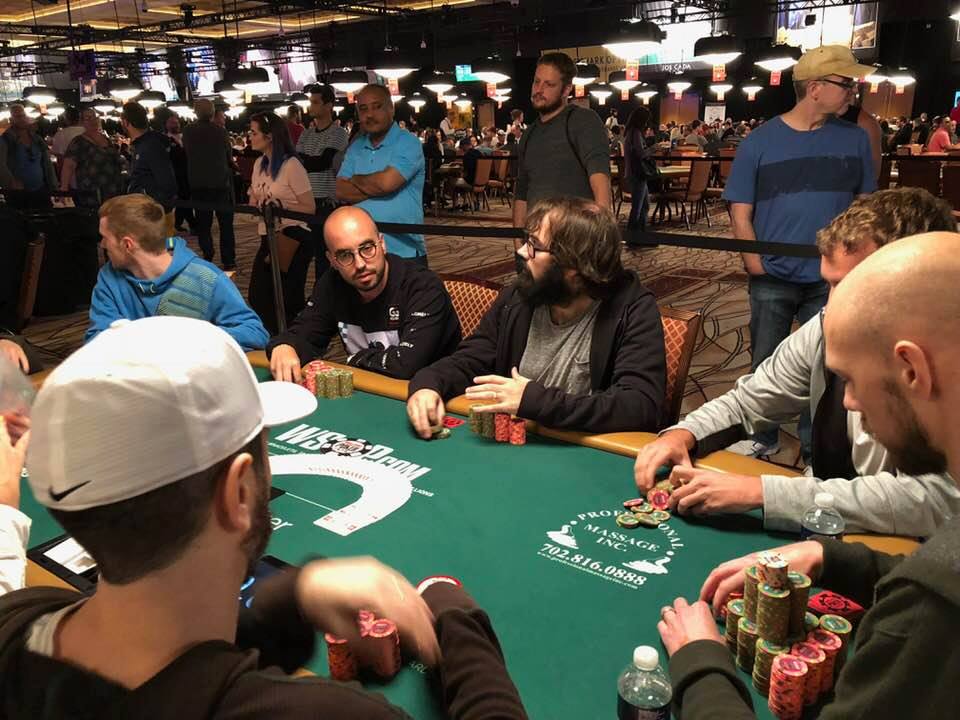 The Colossus is supposed to be all about size, but this year will be remembered for its relatively disappointing attendance.

But perhaps most surprising, one of those entries was Ivey. That’s right, a regular in six- and seven-figure buy-in cash games in Macau bought into the Colossus. — the lowest priced open event at the WSOP. After having avoided the tournament circuit since winning his 10th bracelet in 2014, Ivey had said he was excited to start playing tournaments again and planned on competing in WSOP events.

But why the Colossus, a $565 buy-in event, especially after having competed just a week earlier in the $300,000 Super High Roller Bowl and $100,000 WSOP High Roller? That answer is unknown but his table mate in the Colossus, WPT announcer Tony Dunst, and others, suggested he must have had some expensive bracelet bets.

Yesterday’s weirdness: Playing next to Ivey at 2am in the evening flight of the Colossus. WTF kinda bracelet bets does he have??

Daniel Negreanu said with confidence that he had “none,” adding that “Contrary to what many think, he does love and care about WSOP events.”

Maybe Phil really has rekindled his love for poker tournaments and wants to chase Phil Hellmuth’s 14-bracelet record. Either way, the poker community seemed glad to see one of its most popular pros back in attendance at the Rio.

But instead of grinding it out heads-up against Nick Petrangelo on Monday for the bracelet, the players agreed to a deal away from the table and, according to some poker fans on Twitter, made a “mockery” of the final table.

In an effort to speed up the action and get the heads-up match over as quickly as possible, the players agreed to a blind raise and re-raise pre-flop, turning the contest into a super turbo tournament. Petrangelo eventually “won” the match.

Fox still leads the POY race with 1,743.65 points, more than 200 ahead of 2009 Main Event champ Joe Cada, who also won a bracelet, the third of his career, in Event #3, $3,000 No-Limit Hold’em Shootout. But had he defeated Petrangelo heads-up, he would have received an additional 634.9 points, giving him a massive early lead.

And, sure, it’s way too early to hand anyone the title. The WSOP is just getting started. But had Fox won the $100k and then gone on to make another final table and a few other small cashes, it’s highly unlikely any other player would have caught up. Instead, the POY race is anyone’s game.

Phil Hellmuth sold off 30 percent of his $10,000 buy-in to the Super Bounty Turbo event on YouStake at an unusually high 1.8 markup. Many poker players were heavily critical of the “bratty” poker pro for “inflating the market.”

Hellmuth claims to have “the best ROI in history,” which he says gives him the right to charge investors such a high markup, although many pros consider his poker strategy outdated and no longer rank him as one of the top players.

Still, the Poker Brat remains confident in his game and had no problem selling off his action.

Unfortunately for those investors, Hellmuth busted after just a few hours of play. They would’ve been better off investing in Elio Fox.