What Are the Odds ... Chip Leader Blumstein a Vegas Favorite to Win WSOP Main Event, But Does That Mean Anything?
July 20, 2017 Latest Poker News

Scott Blumstein is a 2-1 favorite to win the WSOP Main Event, according to the famed Las Vegas sports book at the Westgate casino. That’s not exactly a huge surprise, being that he’s the chip leader going into Thursday’s final table action. 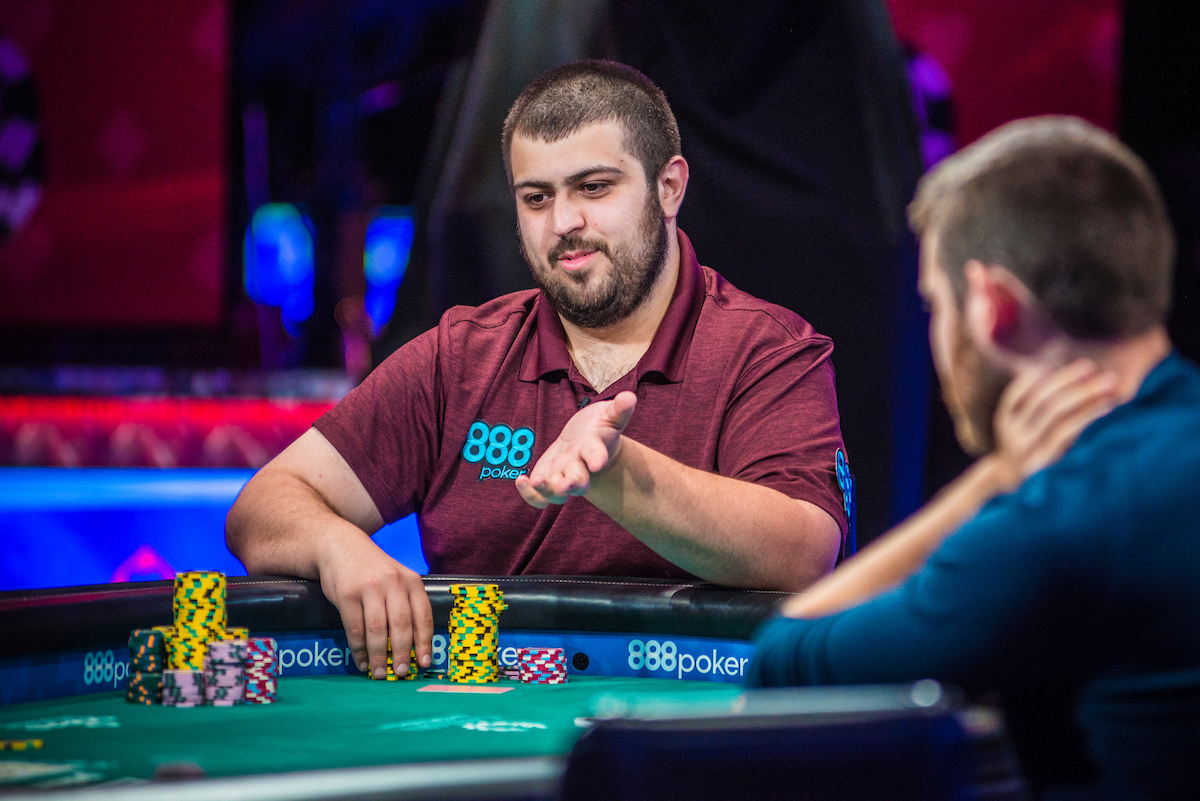 Scott Blumstein has the most chips going into the 2017 WSOP Main Event final table, but should that really be enough to give him the best odds of winning? (Image: Drew Amato / PokerPhotoArchives.com)

But poker is a mental game, and these nine luckboxes will be put to the test in front of a nationally televised audience on ESPN and ESPN2, starting Thursday at 6 pm PT. So chip stacks can’t be the only determinant of who will win.

Only once in the past four years has the favorite entering the final table taken home the bracelet. In 2015, Joe McKeehen was 7-5 to win, but at the time he had better than a 2-1 chip advantage over everyone else.

Blumstein has a much smaller lead, and far less tournament experience. Though only age 24 at the time, McKeehan already had more than $1 million in tournament winnings before claiming the $7.6 million world championship prize.

Excluding the minimum $1 million he’s guaranteed to win no matter what in the 2017 WSOP Main Event for finishing 9th or higher, Blumstein, 25, has $312,000 in live tournament winnings.

Couple his youthful inexperience with a smaller chip differential compared to his nearest competitor, John Hesp, and we can begin to understand why McKeehen was a bigger favorite.

These are just some of the variables factored into the final table betting lines.

The reason Lamb is getting more love from the oddsmakers is simple: he’s more experienced and perceived as a better player.

He’s been in this spot before, having finished 3rd in the 2011 Main Event and he has over $7 million in lifetime tournament winnings, which is incredible for a cash game specialist.

Ott, well, his tournament resume was almost non-existent prior to the Main Event. He has less than $5,000 in career earnings.

Players such as Lamb and Antoine Saout, both former November Niners, could be viewed as less likely to wilt under the immense pressure of the WSOP Main Event final table spotlight than their less seasoned competitors.

Experience doesn’t always matter, however. Last year, Cliff Josephy was the chip leader and 7-4 favorite to win, but finished third. He was the most experienced tournament player at the table.

Arguably the least experienced player at the 2016 final table, Qui Nguyen (11-2 odds), was second in chips prior going into it to the final table and is currently the reigning world champion.