The 2018 NFL season started with a memorable Week One, including some unforgettable results and devastating bad beats for bettors who found themselves on the wrong side of the action on Sunday. 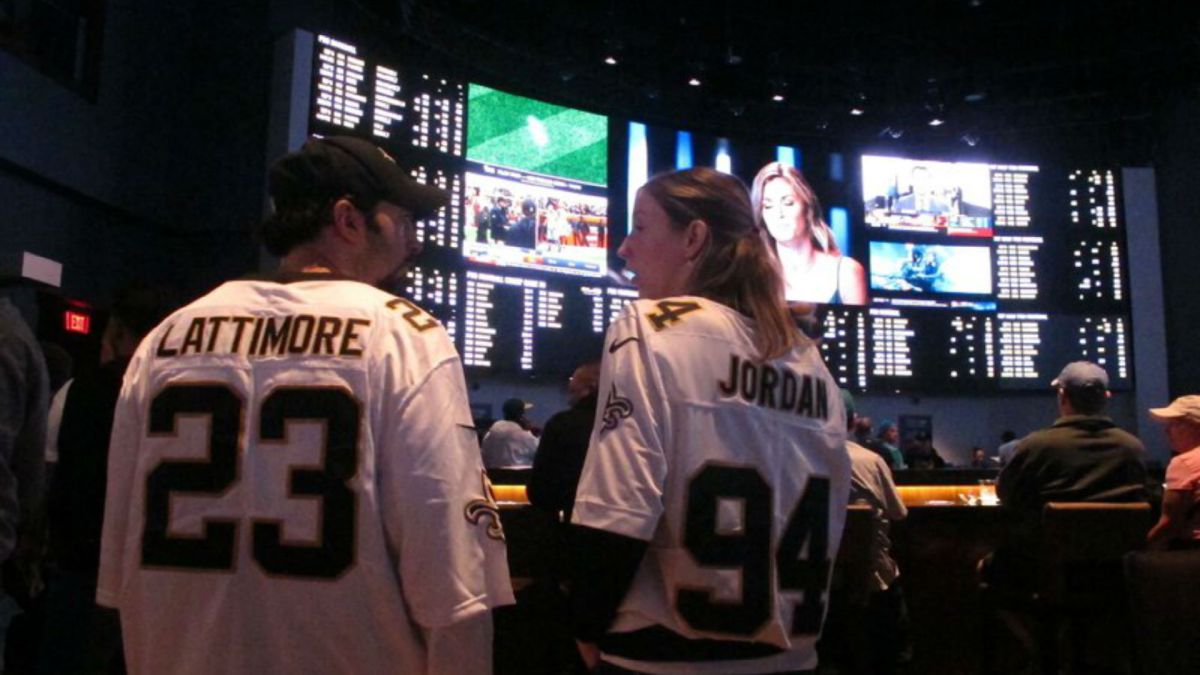 Fans and gamblers flooded locations like the Ocean Resort Casino in Atlantic City to place their bets on Week One of the NFL season. (Image: AP/Wayne Parry)

It was also a historic first week of the season, as it marked the first time that legal and regulated sportsbooks were able to take bets on NFL regular season games in several states outside of Nevada.

For most of Sunday, the biggest story was the performance of quarterback Ryan Fitzpatrick, who led the Tampa Bay Buccaneers to a 48-40 victory over the New Orleans Saints. Fitzpatrick threw for four touchdowns and ran for another on the way to making the Bucs a winner despite coming into the game as 10-point underdogs.

“It was awesome,” Tampa Bay wide receiver Mike Evans said after the game. “I hope somebody had him in fantasy today, because he went crazy. And he was running the ball…it was a phenomenal game. One of the most complete games I’ve seen from a QB.”

And yet, by the end of the day, Fitzpatrick may not have had the most memorable performance by a quarterback in Week One.

The Green Bay Packers were down 17-0 to the Chicago Bears at halftime on Sunday night, and to make matters worse, quarterback Aaron Rodgers had been forced out of the game with a knee injury. That meant that the Bears were now considered a massive favorite to win, with some books offering live bets on Chicago at -3300 before the third quarter began.

But Rodgers would reenter the game, and went on to engineer one of the most remarkable comebacks of his career. Chicago picked up an early field goal in the third quarter to take a 20-0 lead, but Rodgers led the Packers all the way back, ultimately earning his team a 24-23 victory. The result stunned anyone who bet on the Bears to win, though it wasn’t enough for gamblers who took the Packers with the spread, as they were giving seven points to Chicago.

Weather Delays Add to Pain for Under Bettors

The worst beat of the day came from a game that was difficult to watch, though not because of the on-field action. The Miami Dolphins and Tennessee Titans started playing their game at 1 pm, but two weather delays due of lightning meant that the game wouldn’t end for seven hours – after even the late games were wrapping up.

For most of that time, bettors who had taken the under felt good: the score was 7-3 Miami coming out of the second weather delay with less than seven minutes to go in the third quarter. But the teams scored four touchdowns in four minutes early in the fourth quarter, pushing the final scored to 27-20 – over the 43.5 total.

The biggest winner of the weekend had to be legal sportsbooks in states like New Jersey and Mississippi, who were able to take advantage of the lucrative NFL betting season for the first time. In New Jersey, sportsbooks at Monmouth Park, the Meadowlands, and several Atlantic City casinos were all filled with gamblers who were eager for an opportunity to place bets with a regulated operator rather than the neighborhood bookie.

“I love what they’ve done with the sports betting, man,” bettor James Costable told the New York Post as he watched the action from Monmouth Park’s William Hill Sports Book. “They have made not only a fortune, but they have provided us degenerates with a place to enjoy all games without the hassle of setting it up.”

Cant wait for the sportsBettingto come to NY