WCOOP Set to Begin on Sunday 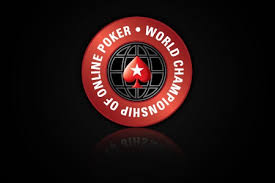 The 2015 World Championship of Online Poker will feature a Super High Roller and a Main Event with a $10 million guarantee. (Image: PokerStars)

The World Series of Poker is undoubtedly the center of the poker universe, but it is fair to say that the World Championship of Online Poker (WCOOP) is the closest thing you can find on the Internet.

PokerStars’ signature online poker tournament series is back again, with the 2015 WCOOP series beginning tomorrow and running through September 27.

This year’s version of WCOOP will feature a total of $45 million in guaranteed prize money, up from $40 million guaranteed last year. There will also be more events, with 70 tournaments to choose from compared to 66 in 2014.

This year’s premier online tournament will feature a guaranteed prize pool of at least $10 million, with the winner certain to walk away with well over $1 million.

One of the great things about WCOOP, at least for poker fans, is the fact that many of the world’s top players and biggest names regularly take part in these events.

While there are still plenty of winners who are relative unknowns outside of the online poker tournament community, some of the most famous poker players in the world have made their mark in WCOOP over the years.

For instance, several notable players have won the WCOOP Main Event. Perhaps the most famous were JC Tran, who took down the title in 2006 when the buy-in was $2,600, and Yevgeniy Timoshenko, who won more than $1.7 million for finishing in first place in the 2009 Main Event.

A number of notables have also won multiple WCOOP bracelets over the years. Dan Kelly is the all-time leader with four WCOOP wins, while Bertrand Grospellier, George Danzer, Eugene Katchalov and Shaun Deeb are among those with at least two victories.

The 2015 WCOOP schedule features the now-expected mix of poker variants players have come to expect from the series.

Much like the WSOP, PokerStars’ signature series is one of the few online festivals that includes some of the more offbeat poker variants, including lowball games, Razz, Badugi and Five-Card Draw.

This year’s series has also taking another idea out of the WSOP playbook with the introduction of “Championship” events.

These tournaments tend to be the highest buy-in in their respective disciplines, allowing the winner to have a slightly stronger claim on the title of “champion” of each game (at least in the online world).

Super High Roller Will Be Priciest Online Poker Tournament Ever

Another change is the addition of a Super High Roller event. WCOOP Event #47 carries a $51,000 buy-in and a $1 million guarantee, making it the most expensive tournament in online poker history.

According to Daniel Negreanu, a member of Team PokerStars Pro, the tournament is the natural extension of the increasingly popular Super High Roller events at live tournament venues.

“I think it only makes sense that the world’s largest poker site is also the host of the largest buy-in online poker tournament ever,” Negreanu said. “I’m excited to test my skills against the best of the best, online.”

WCOOP first ran in 2002, and is now in its 14th consecutive year of existence.

Players who win WCOOP events are also awarded with a personally engraved gold bracelet, a tradition similar to the one seen at the WSOP.

still cant believe US based online players are locked out ! what a shame .

I think it would be great to see some of PROs to stream that super high roller with open cards (with delay of course). Even with like 1-hour delay it would be something I would really watch.

Do you have any news something like that is planned?