Virginia Poker Regulation Finally Edging Closer, But It Would Be Brick-and-Mortar Only, For Now

In the Commonwealth of Virginia, poker is inching closer to some form of regulation, thanks to a recent “yes” vote by the state’s Senate General Laws and Technology Committee. 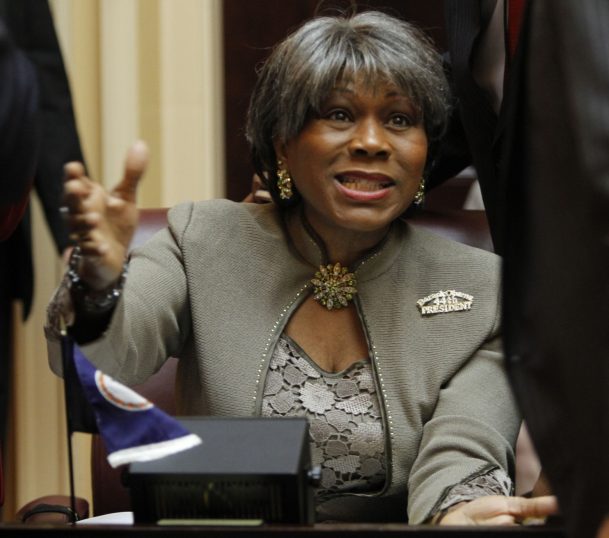 To date, the route to some form of live gambling regulation in Virginia has been disappointing. Unlike states such as New York and California that are currently looking to regulate online poker, Virginia hasn’t even managed to enact legislation for live poker and gambling yet.

Back in 2012, an attempt to regulate the industry was shot down. Then, just a year later, another bill designed to raise money for the transportation department through gambling taxes was also rejected. Despite these failures, State Senator Louise Lucas (D-Portsmouth) took up the challenge of getting some form of betting legalized in Virginia in 2013.

Not Giving Up the Fight

Her initial proposal included the formation of licensing and regulatory body which would have been known as the Casino Gambling Commission of Virginia. That effort ultimately fell short, but that didn’t stopped Lucas from trying again. And now her persistence could be about to pay off.

SB 1400 is a bill that seeks to define poker as a game of skill. If Lucas is successful in pushing this definition through, it would have a carve out for poker from legislation that currently prevents games of “chance” involving the exchange of money.

“Illegal Gambling: means the making, placing or receipt of any bet or wager in the Commonwealth of money or other thing of value, made in exchange for a chance to win a prize, stake or other consideration or thing of value, dependent upon the result of any game, contest or any other event the outcome of which is uncertain or a matter of chance, whether such game, contest or event occurs or is to occur inside or outside the limits of the Commonwealth,” reads the Code of Virginia definition § 18.2-325.

Poker Bill Could Shift the Goalposts

Originally filed on January 11, 2017, SB 1400 asserts that “poker is a game of skill and therefore not illegal gambling.” Moreover, the bill sets out provisions for poker tournaments with “multiple tables” and prizepools of $50,000 or more.

The bodies in charge of regulating poker tournaments in Virginia would be the Department of Agriculture and Consumer Services, and the Charitable Gaming Board. Additionally, any tournament sponsors would need a permit before they were given permission to operate within the Commonwealth.

For many in the poker world, discussing the game as one that involves just as much skill as luck is nothing new. But for those in the Virginia Senate, it appears to be something of a novel concept. This potential stumbling block aside, SB 1400 recently passed through the Committee on General Laws and Technology with a yes-to-no ratio of 8 to 7.

Party lines ultimately decided the split, but it was Republican William DeSteph Jr.  who ultimately broke rank and voted in favor of the bill. Following this result on January 23, SB 1400 will now go before the full Senate for three readings where the third will determine whether or not it passes to the House.

If the bill does get that far, it will not only be the furthest a gambling bill has moved within the Commonwealth, but it will mean Virginia is one step closer to becoming, at the very least, a live poker state.

Thinking Virginia could have allowed poker 100 years ago, by now. Smh.