Virgin to Launch and Wynn Applies for License in New Jersey 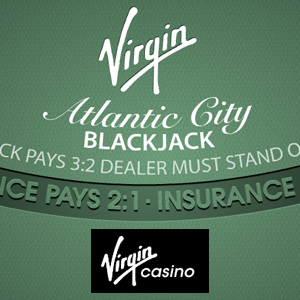 The New Jersey online gaming market has grown since its launch at the end of November 2013. Sites were initially launched by PartyPoker, WSOP.com, Ultimate Gaming, Betfair, with an online casino product following later from Golden Nugget. Now, Virgin Gaming plans to join the mix this week, and Wynn Interactive decided to apply for a license in New Jersey as well.

Some analysts say that the New Jersey Internet gaming market is nearing a plateau, but continued marketing to players outside of the state and promotions aimed at garnering new players may give the industry room to move. Virgin looks to take a share of the online casino revenue, and Wynn believes it can rise to the top of the game.

The Virgin Group partnered with Gamesys and the Tropicana Atlantic City Casino and Resort prior to the official launch of online gambling in New Jersey. VirginCasino.com was approved for operation by the Division of Gaming Enforcement along with more than a dozen other websites. And this week, they are finally ready to launch.

Initial problems during the testing phase of Virgin’s online casino product prompted the company to postpone its rollout until it was confident that the issues had been resolved. Login problems for players, payment processing issues and software glitches were among the problems cited, but Gamesys is confident that the site is now ready to go. “We’ve been rehearsing this moment for several years in the UK,” commented Gamesys COO Lee Fenton to the Associated Press, “including dealing with players who have bet more than $4.3 billion on Gamesys games in 2012.”

The site will introduce the Virgin online casino to customers upon launch, with an online poker platform to be added later. Tropicana President Tony Rodio admitted to AP that mobile applications and some slot content is also not yet operational. But, he contended, “Everybody needs to take into consideration that this industry is in its infancy.”

Wynn Willing to Play Along

Steve Wynn’s Wynn Interactive has been watching the New Jersey market. Many predicted that Wynn would be a latecomer to the New Jersey fray but still remain a player in the game. Finally, the company did apply for a transactional waiver from the state’s Division of Gaming Enforcement earlier this month; doing so quietly and with no press release to announce the move.

In order to get around the fact that Wynn does not have a land-based casino partner in the state, the company got together with 888’s All American Poker Network and Caesars Entertainment. With 888’s solid online casino and poker product along with Caesars’ properties that can host the Wynn servers, the company may be ready to launch a gaming site not long after the approval is granted.