Like father, like son. Longtime WPT announcer Vince Van Patten is starring in the upcoming Indie gambling flick, “Walk to Vegas,” which looks to bring some of the best and worst of the world he knows to the silver screen. 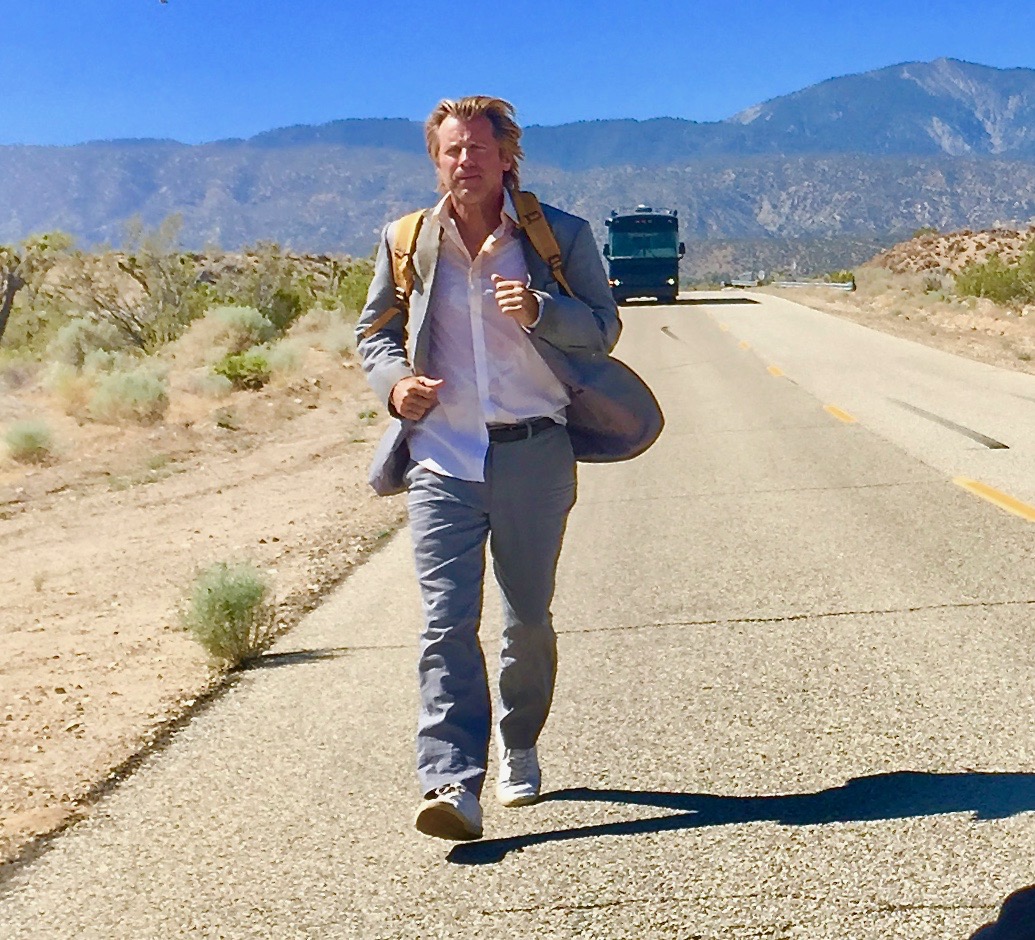 Filmed in 2017 but without a release date yet announced, “Walk to Vegas” was directed by Eric Balfour and was inspired by a true story about Hollywood elite who will bet on anything.

There aren’t many details about the plot available on IMDb’s website or elsewhere online, but the movie trailer looks interesting. (FYI there is some nudity and swearing, in case that might influence your clicking decision.)

Walk of Fame or Shame?

What we can conclude from the trailer is a man named “Duke,” (Van Patten) has placed a $1 million bet that he can walk from Southern California, through the desert of Death Valley, to Las Vegas, which, depending on the city he begins his journey, is a 200-250-mile hike.

Another poker player, Dan Bilzerian, won a $600,000 wager against Bill Perkins in real-life for successfully riding a bicycle from Los Angeles to Las Vegas. Walking the route is much more difficult especially with all the snakes permeating in the desert and limited access to food and water.

To make winning the bet even more difficult for Duke, he must wear a suit during his walk. Summer temperatures often exceed 110 degrees in Death Valley. It’s not referred to as “the hottest place on earth” for nothing.

Acting is in Vince Van Patten’s blood. His father Dick Van Patten has a star on the Hollywood Walk of Fame and, unlike the current US President, no one has destroyed it with a pickaxe.

Vince doesn’t yet have his own star on the Hollywood Walk of Fame, but he’s had his own success in show business. His career began in the 1970s as a child actor on shows such as “Bonanza” and “Wonder Woman.” In more recent years, he appeared on “Baywatch” and “The Young and the Restless.”

Poker fans know him as the co-host of the WPT since 2002 alongside Mike Sexton and now Tony Dunst. Many forget he was a professional tennis player prior to becoming a poker player and commentator. Van Patten was the 26th ranked tennis pro in the world in 1981. He retired in 1987.

Van Patten’s son, Duke, has followed in his footsteps. The 25-year-old Van Patten joined his father in “Walk to Vegas,” his third appearance on the big screen.

“Walk to Vegas” is expected to be released before the end of the year.

The trailer looks awesome, I know I’m going to watch it 🙂

looks like a good movie 🙂 didn’t know all that stuff about vince, very cool. thanks Jon