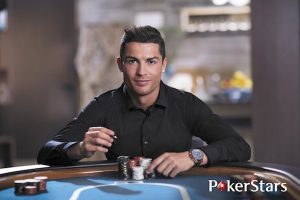 The signing of Cristiano Ronaldo by PokerStars raised a few eyebrows in the poker community earlier this week, but it seems as though it may have also caused a problem with at least one of the operator’s other pros.

Spotted by a few eagled eyed viewers earlier this week, it appears as though Ronaldo junior failed to acknowledge Ronaldo senior in his promo video.

OK, so while he didn’t have much time to acknowledge anyone, including Ronaldo, there was certainly a close up of the former football star in the video and no mention of his name.

Although the director of the video appears to have been intent on pointing out PokerStars other sporting pros, the writer of Ronaldo’s script clearly wasn’t. Could this have been an intentional move on the part of PokerStars to create a bit of drama?

If this was the strategy, then it may have worked because a number of mainstream media outlets picked up on the snub, including the UK’s Daily Mirror.

Although Ronaldo senior may read into the situation as deeply as members of the media, the interesting omission by Ronaldo junior could lead to some interesting match ups in the coming months.

With Cristiano Ronaldo being hailed as PokerStars’ latest way to bridge the gap between the poker industry and the general public, an on-the-felt rivalry with his Brazilian namesake could pique the public’s interest.

For many football fans, Ronaldo senior was one of the greatest players in the world back in the nineties, just as Ronaldo junior is one of the top players today.

Although it’s too late for them to have a competitive match on the pitch, a showdown between them at the poker table could generate a healthy amount of attention.

All Eyes on Ronaldo 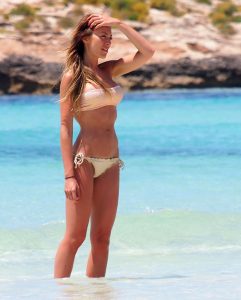 Of course, if you’re Cristiano Ronaldo then a showdown on or off the pitch probably won’t be at the top of his list of priorities at the moment.

According to rumors online, the Portuguese player is currently courting the attention of Italian model.

After parting ways with Irina Shayk, mainly because he was messaging a string of women behind her back, Ronaldo is now looking for a new love.

After accepting an invitation to watch him play in the Champions League semi-final, Tedeschi reportedly consoled him after the match. Meanwhile, his ex enjoyed some time in the US with Hollywood actor, Bradley Cooper.

Ronaldo’s love life aside, the recent media speculation over Ronaldo’s personal and professional activities show exactly why PokerStars was keen to enlist his services.

Being one of the best known footballers on the planet means his every move is put under a microscope and, for PokerStars, that means a wealth of marketing opportunities in the future.