Among the world’s favorite video games, just 1 in 3 allow you to play as a female lead, with Nintendo leading the way. 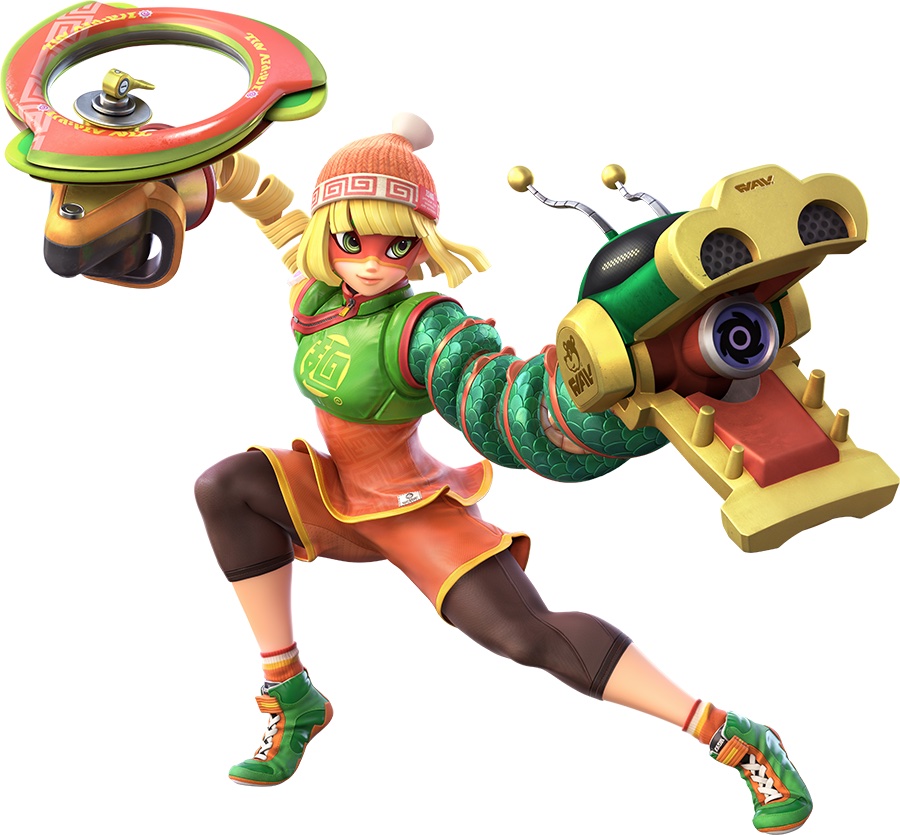 Min Min from Super Smash Bros. on Nintendo is one of an increasingly popular number of female video game leads. (Image: Nintendo)

Looking at the data since 2005, just 35.26% of the top-selling games over the past 16 years allow you to play as a female character.

Is the gaming industry getting more female-inclusive?

In 2005, Pokémon Emerald was the only top-grossing video game of the year that allowed you to play as a female lead if you wanted to.

By 2020, Grand Theft Auto V was the only top-grossing video game of the year that didn’t allow you to play as a female lead.

In terms of this past year, FIFA 21, Call Of Duty: Black Ops Cold War, FIFA 20, Call of Duty: Modern Warfare, Animal Crossing: New Horizons, Assassin’s Creed Valhalla, The Last Of Us Part 2, NBA 2K20, and Tom Clancy’s Rainbow Six Siege all allow you to pick and choose the sex of your main character. 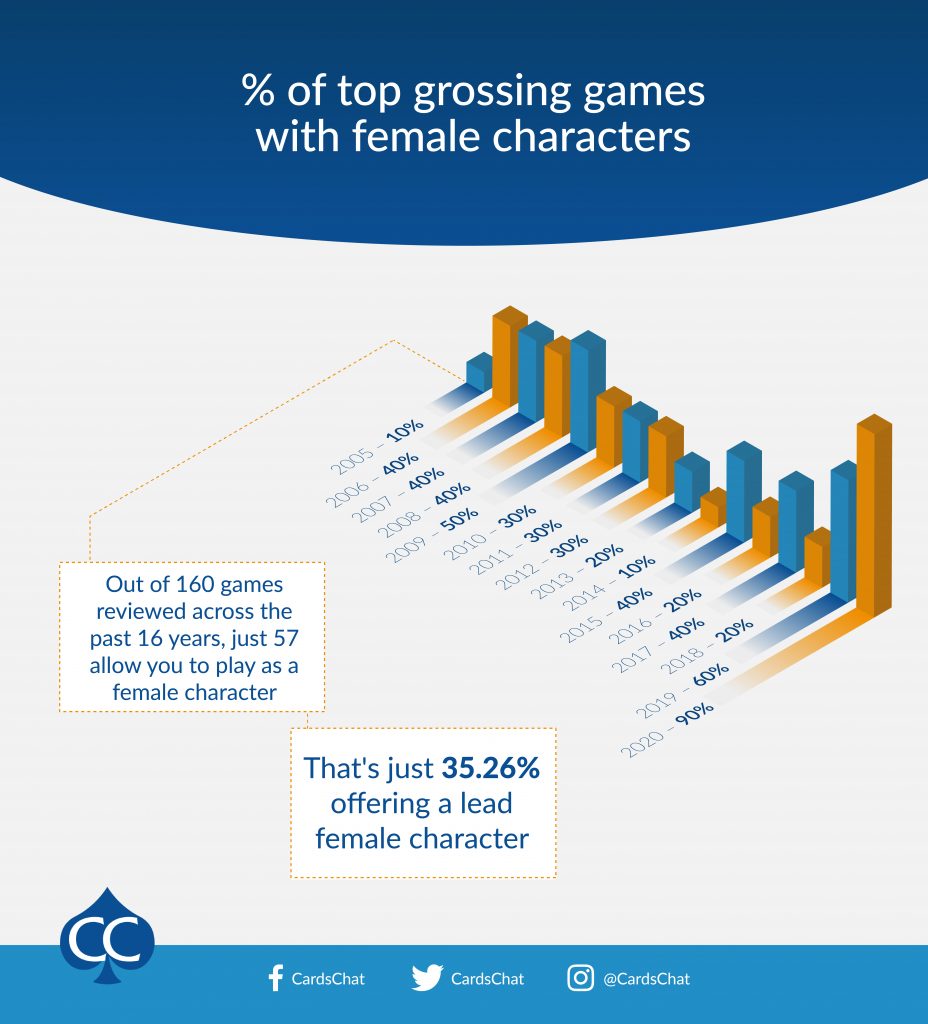 Nintendo is the most female-inclusive game developer

As well as looking at just how many games allow you, the gamer, to play as a female character if you wish, we also wondered which developer was the most ahead of the industry in terms of catering to everyone.

We found that Nintendo has developed the highest number of games that allow you to play as a female character; 22.8% of all 160 top-grossing games that we looked into that feature a female main character have been developed by Nintendo. Super Smash Bros Brawl, Animal Crossing: New Horizons, and Wii Fit are just a few of the games developed by Nintendo that allow you to choose from a number of main leads, male, female, and otherwise. 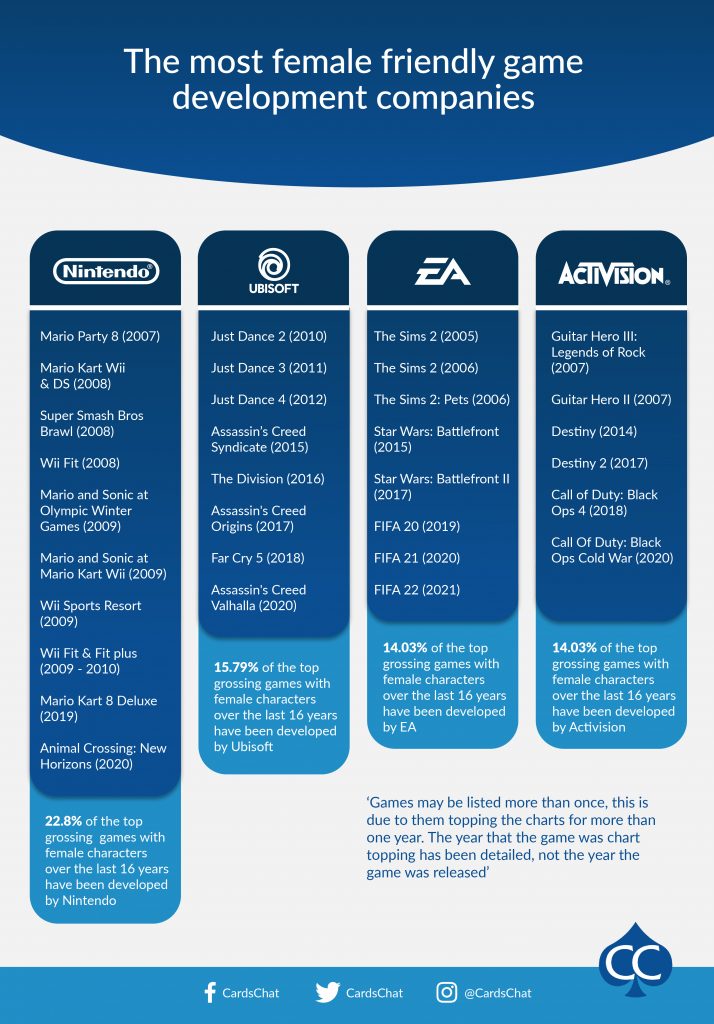 Looking to launch a game yourself? Hold off until November

Have you ever wondered when the most successful console games are released? Well, we’ve found that out too!

With Christmas just around the corner and everyone looking to find the perfect gift for their spouse, children, or friends, it’s no surprise that November is the best time of the year to launch a video game that will, hopefully, one day go on to be a top-grossing game. In fact, almost 1 in 3 of the top-grossing games we looked at were launched in November (29.3%).

Best to avoid July, though. Not a single top-grossing game of 160 that we looked at was launched in July. 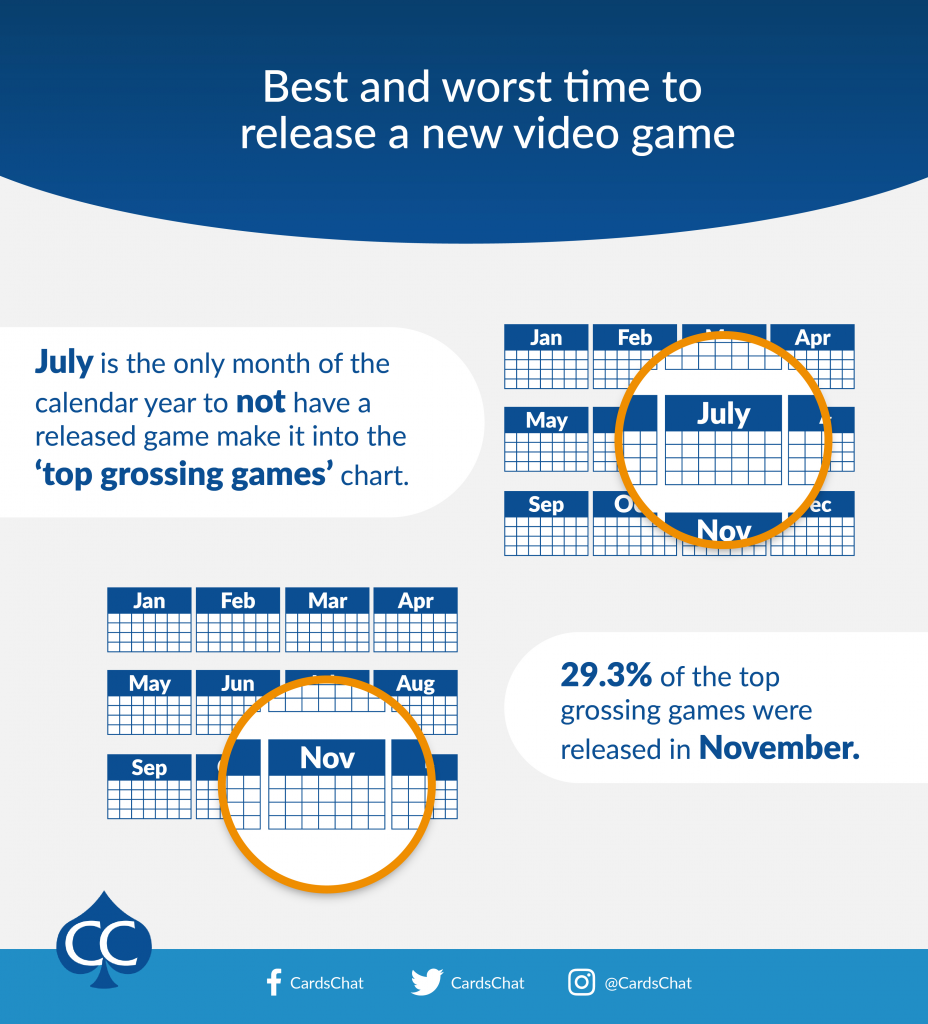 So, there you have it … some of the most female-friendly video games were released in the last two years. 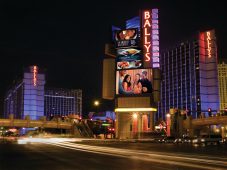