If you love offense and making money, Sunday’s slate of NFL games may not have been to your liking. 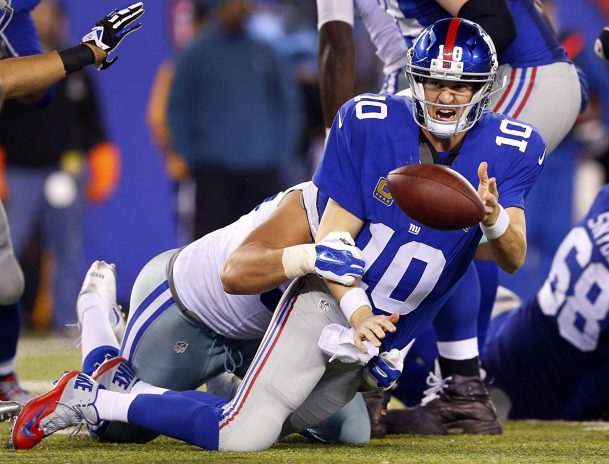 New York Giants quarterback Eli Manning was one of many offensive players to struggle during Week 1 of the 2017 NFL season. (Image: ibtimes.com)

The “over” hit just two times out of 12 games, and that’s normally a good sign for Las Vegas’ sportsbooks, but bad news for the general public.

The sportsbooks haven’t yet released Sunday’s financial results, but it’s likely the gamblers weren’t the ones turning profits.

The public loves to bet on overs and favorites. It’s human nature to cheer for winners and high-scoring football games. On Sunday, the under cashed in 10 of 12 games and the favorites covered in just six of those games, per Las Vegas’ Westgate SuperBook closing lines.

A 13th Sunday game was scheduled, Tampa Bay at Miami, but postponed due to Hurricane Irma’s impact on the state of Florida. The game has been rescheduled for November 19.

Where Was the Offense?

Defensive struggles are boring to many football fans. The average fan, often a fantasy football player, wants to see teams march up and down the field at will and put up video game statistics, not go three-and-out consistently. On Sunday, points were at a premium, especially in the Dallas/New York game.

The Giants’ offense was so bad it didn’t even get a first down until four minutes into the second quarter. New York had just 39 yards rushing, and quarterback Eli Manning, a two-time Super Bowl champion, wasn’t much better, passing for just 220 yards and an interception, with no touchdowns, on 38 attempts. The dismal offensive output led to a 19-3 defeat.

Seattle’s offense raised some concerns among Seahawks fans. It’s only one game but after racking up just 235 yards and nine points in an abysmal 17-9 loss to Green Bay, coach Pete Carroll will have to go back to the drawing board.

Six teams scored fewer than 10 points yesterday, including the Cincinnati Bengals who were shut out against the Baltimore Ravens 20-0 despite being a three-point favorite. It’s rare an NFL game will hit the over when one team scores in the single digits. In those six games, the under cashed in all but one (Los Angeles/Indianapolis).

There are two NFL games tonight to conclude the first week of the 2017 NFL season, New Orleans at Minnesota and Los Angeles Chargers at Denver. Perhaps, the general public will have some better luck tonight.