“Vegas Dave” David Oancea, who has built a reputation for betting and winning on underdogs, might be facing his toughest long shot yet, beating a federal indictment. 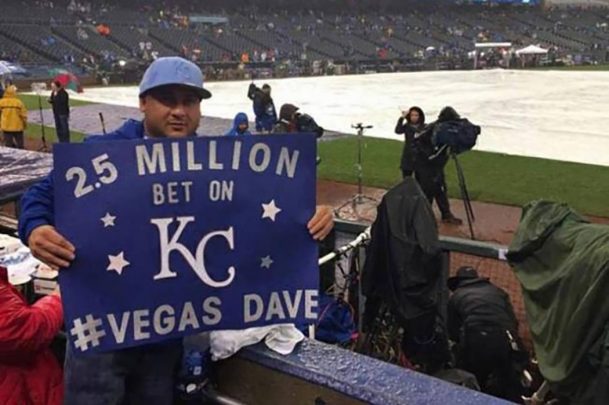 Professional gambler, David Oancea, who goes by the nickname Vegas Dave, has made millions betting on underdogs, but was charged this week with 18 felony counts, including misusing social security numbers. (Image: Las Vegas Review Journal)

He was charged by a US attorney with 19 felonies after a grand jury found evidence that he reportedly falsified social security numbers at the Westgate LV Superbook and Wynn Casino to open phony player accounts and make bets.

They also alleged that he caused those casinos to file false financial reports relating to his wagers. The government is also requesting that he relinquish $881,600.

The bets in question were made in 2015 and 2016 under accounts with two social security numbers that were not his.

Because they were more than $10,000, the casinos are required under federal law to file reports on those matters. It was then found that the identification provided was fraudulent.

It is all part of the federal law the Bank Secrecy Act (BSA), first passed in 1970 that demands financial institutions aid the government in detecting and preventing money laundering.

He was not charged with money laundering but attorneys believe he was attempting to avoid paying taxes on the money he won.

King of the Futures

Vegas Dave moved from Hawaii to Las Vegas and took out a student loan of $10,000 while attending the University of Nevada, Las Vegas. He bet it all on red at a roulette table and it hit, providing his career with a $20,000 bankroll.

His biggest wagers though were two years later. He chose the Kansas City Royals before the season began to win the 2015 World Series. Seven months later he was $2.5 million richer. He added to that in February 2016 when the Denver Broncos won the Super Bowl and he pocketed $2.3 million.

His website states he is now retired from sports betting and acts as a consultant, advising those who want to get in on the activity. He did, however, post a picture of himself saying he bet on the Atlanta Falcons to win this year’s Super Bowl.