The good news for locals and those coming to visit Las Vegas is that even a slow month like April has an impressive selection of poker tournaments. No other city on the planet has as many live tournaments on a regular basis. Thanks to the Venetian and Wynn each running a series, and the PokerGo studios at the Aria bringing in big-name pros for their constant high-roller events, there’s something to play every day. So while April may be a bit of a drop-off after the incredible selection of tournaments in March, there will still be a ton of tournaments in Sin City.

Highlights include back-to-back seniors’ events on April 6 and 7, a huge ladies’ event series from LIPS that runs from April 19 – 24, and big series from both The Venetian and The Wynn. The WSOP Circuit event at Bally’s wraps up at the beginning of the month so we won’t cover that extensively, but if you’re visiting in late March or the first few days of April, it’s an event worth checking out.

The Venetian continues its run of starting one series as soon as the last one is finished, with the second Deep Stack Extravaganza of the year running through the entire month of April. The Venetian has spoiled us to the point that a big series with more than three million in guarantees, a seniors event, multiple PLO events, and ambitious guarantees — even on the smaller tournaments — feels like the standard here in Vegas. Click to view the structure sheets for all 55 events.

The Wynn has also been serious about tournaments this year, a trend that continues with their April Signature Series. With more than 1.5 million in guarantees over a fairly small number of tournaments, we expect to see some huge prize pools in this series. The mystery bounty events at The Wynn have been a favorite with players, and the $600 version with a $400,000 guarantee, should draw a massive field. The Senior event is on April 6, with a similar event the next day at The Venetian. 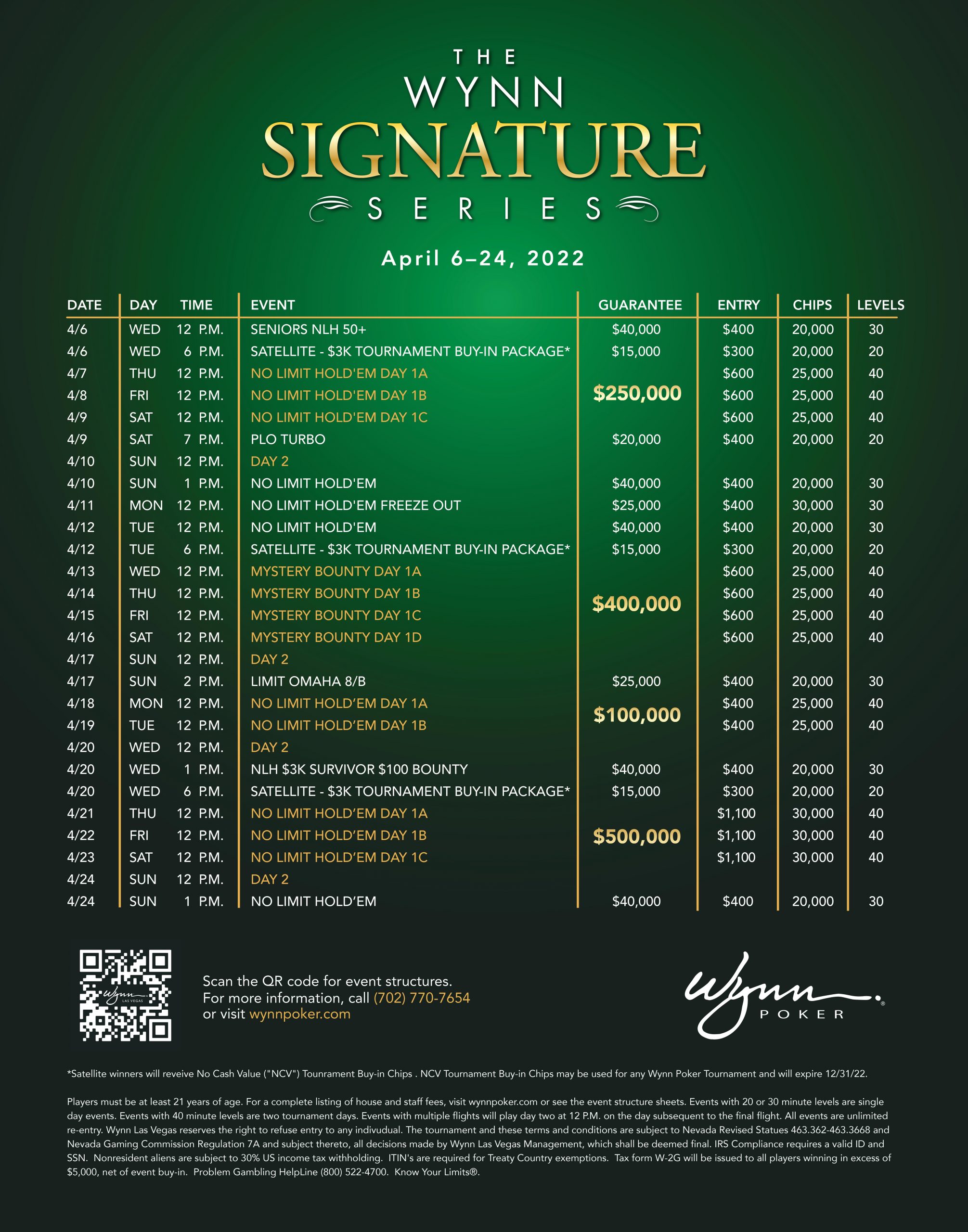 The LIPS tour has really outdone itself with this event, one of the largest ladies’ events ever. Over the course of five days, there are $80,000 in guarantees, single table satellites, and even a mixed-game event. South Point is a great venue that tourists sometimes miss because of its distance from the Strip, but rest assured, its tournament staff is excellent. And don’t forget the Purple Tie Guy Salute event where men are welcome! 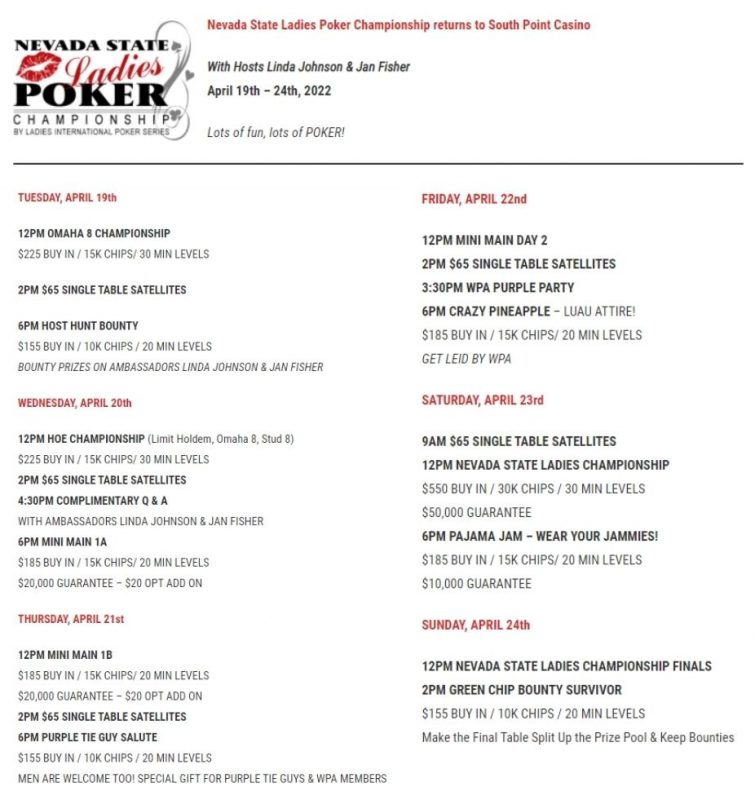 PokerGo at The Aria

PokerGo, in conjunction with the Aria poker room, runs more high-roller events than anywhere in the country, and April is a prime example. While tournaments slow down in most of the country, PokerGo just keeps bringing in the big names with big buy-in events. This month includes a Pro-Am event, multiple high rollers, and a big heads-up event that is sure to bring in some of the best players in the world.