In a shocking move to start the new year, Vanessa Selbst announced that she is retiring from poker. The all-time winningest female tournament player said she has parted ways with PokerStars, the online poker site she’s promoted for years, and outlined her reasons for leaving the game she loved. 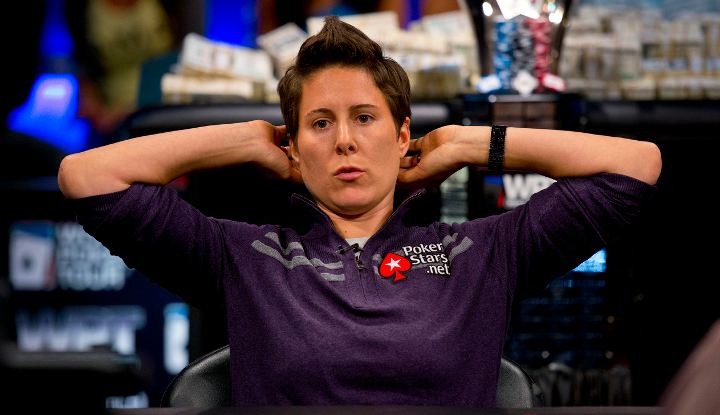 Vanessa Selbst is calling it quits as a PokerStars pro, leaving many fans and players sad to see her go. (Image: World Poker Tour)

In a Dec. 31 post on her “Tournamentality” Facebook page (her first since 2016), Selbst made her official announcement and shared more than 20 photos of her having fun at different poker events around the world over the past decade.

The three-time WSOP bracelet winner has always been something of a love-hate player, along with the likes of Phil Hellmuth, Mike Matusow, and Daniel Negreanu. Either you love her aggressive style of play and outspoken nature. Or, if you’re like James Woods, you’re probably glad to see her go.

Selbst’s passion for the game apparently has deteriorated in recent years. Although she’s remained an ambassador for PokerStars since Black Friday in 2011, she admitted in her Facebook post that poker is now more difficult for amateurs.

“I can’t tell amateurs they should come play online and it’s beatable for them when I don’t feel like it’s true,” she wrote.

The game of poker has changed over the past few years, especially Texas hold’em, switching more to a mathematical game than instinct-based game, particularly online.

With fewer donkeys at the table these days, even all-time greats such as Daniel Negreanu and Erik Seidel have acknowledged the younger pros of today are better than when they dominated the game. More information on how to play is available to recreational and inexperienced players than during the poker boom era, which has led to tougher competition, even in low-stakes games.

On Facebook, Selbst said her decision to retire from poker was based on “a number of factors, big and small, that contributed to a general feeling I’ve had for a while that it was the right time.”

Selbst was one of several pros who since Black Friday has been unable to play online in the United States. And while traveling the world to play live tournaments may have been enjoyable for a while, her interests have changed, she said.

“That was really fun for a period of time in my life,” Selbst wrote, “but as my late 20s turned into my early 30s and my priorities changed toward building a stable home and community and starting a family, the constant travel is no longer tenable.”

Selbst, 33, said the next phase of her professional career will come working at a hedge fund, helping with trading research and strategy.

She didn’t go into detail about her new role or employer, but said she’s been working there for about four months. Selbst said she’s following in her mother’s footsteps (her mom was an options trader and recreational poker player) and finds her new position challenging.

Selbst also acknowledged that she’s not quitting poker completely, even though she is ending her career as a pro. She said she will continue to occasionally play, possibly adding to her more than $11 million in lifetime tournament winnings.

Selbst has long promoted PokerStars as an ambassador and once grinded the online games. But, since Black Friday, it’s been more difficult for American players to find a good game online, especially those committed to PokerStars, which currently only offers US play in New Jersey.

That state is coming off a banner 2017, but little thanks to poker, really.

New Jersey’s internet casino operators generated more than $20 million each month from March to November, with December’s figures yet to be released, by far the most profitable period since the state legalized online gambling in 2013.

But only a small portion of that revenue was generated from poker. November was the third straight month New Jersey’s online poker sites raked in less than $2 million ($1.8 million, to be exact), and the second-worst performing month since 2015. And, remember, this is the highest-earning state in the US for online poker.

Online poker isn’t dead in the US, but it’s changing. And Vanessa Selbst’s departure as a fixture on the poker scene could be indicative of others shedding a vested interest in the game.

“I can’t tell amateurs they should come play online and it’s beatable for them when I don’t feel like it’s true,” she wrote.

This a very telling quote and it mirrors how I, a nobody in poker feels. Additionally, from my perspective I think there is some rigging to the online poker “random’ software that ultimately benefits the house. Ultimately I think playing higher stake tourns online less frequently as practice to their counterparts in live action is the way to go. in the meantime whether rigged or not their are software poker designers and owners who have inside information and have access to the tables where as they should recuse themselves publicly. What do we really know about a deck of modern day playing cars – a lot, the software, not so much.

Too bad online is fun and convenient, and one could play multiple games simultaneously. I’m playing in recent weeks my best online poker and I feel a great discomfort that these companies and software designers could easily quash if they were transparent.

It has to be hard promoting a site that she herself can’t even use to play. I am just starting back to playing this past year. Poker Stars was my favorite site for playing. I have not seen more talented players since coming back myself.
I still see plenty of players having no clue on how to play their hands, except for going all in. They don’t have fundamentals down at all, having no respect for position or pot odds etc… With all of the free info available, when I first started I bought more than a handful of books, joined poker forum sites. Not only there on the sites to play their free tourneys, but there to reap in the available knowledge.