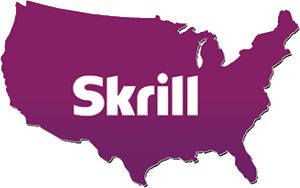 Skrill USA is the first fully licensed digital wallet in the state of New Jersey for online gambling. How will this impact poker players? We talked to Skrill USA VP Joseph Hall in a two-part interview to find out. (Image: ewallet-optimizer.com)

New Jersey’s first year of online poker has been quite a roller coaster ride, and bank processing issues for players have continued to be problematic, to say the least.

With banks afraid another reinterpretation of the 1961 Wire Act by the Department of Justice (DoJ) could hit them hard, they’ve been wary of accepting online gambling payments, even in newly legal and regulated states like New Jersey, leaving players frustrated and confused, and operators scrambling for more viable solutions.

Enter Skrill, a UK-based payment processor. The company’s Skrill USA division has just recently been approved by the New Jersey Division of Gaming Enforcement (NJDGE) as the only currently sanctioned digital wallet that will be available for Garden State Internet players to make both deposits and withdrawals seamlessly.

CardsChat News Editor-in-Chief Hannah Elisabeth (HE) spoke by phone this week with Skrill USA’s Vice President Joseph Hall (JH) in an exclusive two-part interview from the company’s Manhattan offices about why Skrill decided to enter the New Jersey market now, and what Hall sees for the state and the US in terms of online poker and Internet gambling in general in the year to come.

HE: We know Skrill USA was recently approved by the New Jersey Division of Gaming Enforcement and will be the sole company currently offering a digital wallet for regulated online play in the Garden State. Can you just tell us a bit about how that process in particular took place, and Skrill’s entrance into the New Jersey online poker market place. 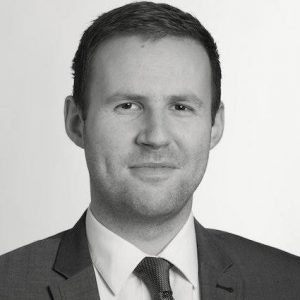 JH: It was a case of us really going through a lot of painstaking work with the DGE in New Jersey to actually show them the blueprint of what a digital wallet should look like in the state and how we would protect customers’ funds. So basically we had to teach the DGE how a digital wallet works and ask for approval at the same time and because it’s a complex business, that took us a lot of time and a lot of effort, but we got there in the end.

Today, we’re the only digital wallet basically because we are the only company that offers multiple ways in and multiple ways out. There are others out there in the market in the US, but they are not currently working in New Jersey, although they might be in the future.

We already had a money transmission license in New Jersey and had had one for a couple of years by that point, which really helps as well because it shows we are not just a new player popping up. We have actually paid all these licenses in the US for money transmission and we are serious about it.

HE: Let’s talk about the bigger regulatory landscape in New Jersey and in the US for a minute. As I’m sure you know, big players like Sheldon Adelson have been pushing back against regulated online gambling and poker, saying it will lead to underage play, problem gambling, and, according to Adelson, general cultural damnation. What are your thoughts on that?

JH: I think that because of the history in the US and the way that online gambling was prohibited [in the past] and the way it is being introduced back, you are always going to have people that are fighting against it. So it is to be expected, and I’m sure there will be a number of groups that are lobbying against those views and that will continue to go on and on.

I think we will continue to see a state-by-state roll out, slowly, and I don’t like to give predictions because it is all anybody ever asks me: “When is California coming? When is New York coming?” Everybody knows the big states. I think they will continue to happen slowly over the next five to ten years.

I think everyone who created a business plan off the back of Jersey for the next five years is going to be let down. Certainly history tells us that the US online gambling regulatory approval process is long, and fueled by politics. But I am sure it will keep happening.

HE: RAWA, the Restoration of America’s Wire Act, did not make it into this year’s omnibus spending bill, but Senator Harry Reid says he does plan to bring back another anti-online gambling bill in 2015, but one that he says will include a poker carve-out. How do you see that possibly affecting New Jersey and your business?

JH: I really can’t see New Jersey being affected. I think it’s done now, and yes, there is a lot of speculation about the restoration of certain past acts, etc. I can’t see that happening any time soon, and I can’t see the sites in New Jersey, the infrastructure that has already been built there and the money that’s been ploughed in from US and foreign companies, I can’t just see them just shutting that down after a small period of time.

I think that it will continue to run and will continue to grow. The thing about New Jersey is, it’s funny, a lot of people complain about the market and they look at the numbers, and nobody’s business case stacks up, because the real revenue compared to the projection is much, much, much lower.

However, it is a market in its infancy. Let’s take Spain, for example; I just want to make a point.

In Spain, everyone could play online, everything was going well, then the government decided to regulate it, overnight. Overnight, a lot of companies had to do a lot of things to get regulated, but the market was still there, the players were still active, everyone had a relevant data base, it was easy to pull people over.

In New Jersey, you’ve got a situation where nobody had an up-to-date database, affiliates are being made to get licensed, which completely hinders the whole point and revenue share deals.

Black market affiliates are being paid more money by offshore sites than they are by the regulated ones. There is a real lack of education in the state that it’s actually legal and where you can play, and these things are going to take time. 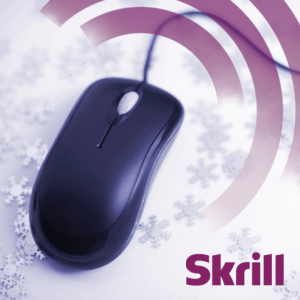 Skrill USA is in it for the long haul, and says the regulatory process is cumbersome, but that revenue numbers should improve in New Jersey within the next two years. (Image: Skrill)

I think right now, the key to New Jersey is to educate the state, educate the customer base, and stop spending so much crazy money on TV ads and start to do things with affiliates. And it will happen.

HE: As you know, Atlantic City has not had its best year, with several land-based casino closings and likely the Trump Taj Mahal is the next one, they have had a lot of issues going on. Does this concern you at all, given that all of the New Jersey online sites must have their servers located somewhere on the premises of brick-and-mortar casinos?

JH: No, let’s look at Betfair, for example. Betfair is still running, they are still operating, and they have been granted a waiver for a certain amount of time, it will give them enough time to find another partner to go with. So I don’t think for one second we’re going to start seeing revenue drop, the big sites in Jersey are pretty safe anyway, and the people that could be in a potential situation where the company issuing the license may be in trouble, it doesn’t really concern us.

The fact that servers have to be located actually in the casinos, I think it’s a good thing, and I think it proves that resources and smart people and innovations are actually being plowed into Atlantic City.

The problem with America, and after living there for a while, it is all about instant gratification. They have brought this market in, they turn on the casino games legally for the first time, there has been a whole bunch of new stuff, such as geolocation and so on. Completely different situations from a lot of other places that are regulated, and they expect it to go “bang” over night. It is not going to happen, you are not going to get that instant gratification, it will come over time.

So what I keep telling people is, just calm down, just relax. It’s going to be okay, there’s going to be bumps in the road, but this is the first time that we’ve had regulated online casino and poker games in the US for as long as I can remember.

There’s no way we are going to let go of it or that it is going to start to fade out. Even if it is very, very, very small, I think it will still be there.

HE:  What do you see as a reasonable amount of time for players and legislators to expect the process to be running more smoothly than it is now, and to have better results?

That’s the sort of view we have on New Jersey. We looked at it as a case over three years and even though our numbers were out, we still didn’t overstate it. This first year of actually being in the market and working with all of the new guys and some of this new technology has given us great learning and the same with the operators as well, to really accelerate growth.

The key is in the customer, the key is attracting the residents of New Jersey who have never played before and giving them a great first-time experience when they do, and that’s just simply not there [now], but we are going to try to help.

Tomorrow, we continue our exclusive CardsChat interview with Joseph Hall, as he resumes offering his and Skrill USA’s perspective on the New Jersey and US online poker and gambling scene. Please join us then for Part Two of this important interview.