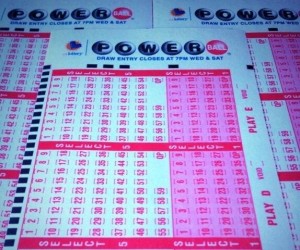 For any party in the United States trying to make headway for the online gambling market, there is one major, constant roadblock. Las Vegas Sands CEO Sheldon Adelson has proved to be a worthy opponent due to his multibillion dollar fortune. That money has funded several Republican political campaigns throughout the years (although Adelson’s extensive backing of Romney for president in 2012 failed to secure the Republican candidate the presidency).

Time and again, Adelson has been at the center of many an effort to keep online gambling from gaining any ground in America. Sen. Lindsey Graham (R-SC) –  backed by Adelson – recently introduced new anti-online gambling legislation and the move has gained some big opposition.

The North American Association of State and Provincial Lotteries (NASPL) is opposed to the recent legislation, which is called the Restoration of America’s Wire Act. Introduced by Graham and Rep. Jason Chaffetz (R-UT), the bill takes issue with the Department of Justice’s reinterpretation of the Wire Act from 2011.

The reinterpretation allowed for the creation of state-by-state online gaming regulations, as well as the potential for a player in a state that had a regulated online market to play in a poker room in another state with an online market. Delaware and Nevada jumped at the opportunity, and it was thought that New Jersey would soon follow suit.

Chaffetz claims that not enough public input was given before the reinterpretation was made and that Congress should have a say in any changes. The Restoration of America’s Wire Act seeks a return of the interpretation from the 1960s; a time before the existence of the Internet, of course.

A restoration of the Wire Act would outlaw any system of online betting in place. This would be especially lethal to multi-state lotteries. Big names like Mega Millions and Powerball would be prevented from accepting entries online. Additionally, any state-based lotteries that use the Internet for distribution would be impacted.

“Our Association believes, and is on record, that all gaming should be left up to the individual states to determine the games that are offered, as well as the manner in which they are being delivered to their customers,” wrote Gale. “This is, and has always been, a state’s right to make these decisions as they relate to gaming within its respective boarders. Since lottery products are sold in a competing market, it is important that we continue to design and offer secure games that people want to play so that lottery states can continue to fund the much-needed programs and/or services for which lottery revenues are earmarked.”

Gale says he realizes that lottery games are not Graham’s target, as they were in effect before the Department of Justice’s reinterpretation. More than anything, though, Gale seeks to protect lottery games and nurture the growth of his industry.

America’s state and interstate lotteries aren’t the only notable parties taking issue with a restoration of the Wire Act. California is currently taking the steps towards bringing online gambling to the state. Talks for regulation have increased in 2014, but this recent legislation would be a large step back. Sen. Dianne Feinstein (D-CA) co-sponsored Graham’s bill, a move which took many interested in California’s gambling future by surprise.

California tribes and others were concerned that Feinstein had not consulted with them before co-sponsoring the ban. Many feel that it is an issue to be decided upon by the state. Though the interests between lotteries and California may differ somewhat, their stance against Adelson, Graham and their cause is quite clear.