PokerStars will be heading to the Uruguayan resort town of Punta del Este in just a few weeks for an annual live tournament series at the luxurious Conrad Punta del Este Resort. But poker players shouldn’t be looking for too many online qualifiers in the near future, as political efforts in Uruguay to ban online poker are gathering steam. 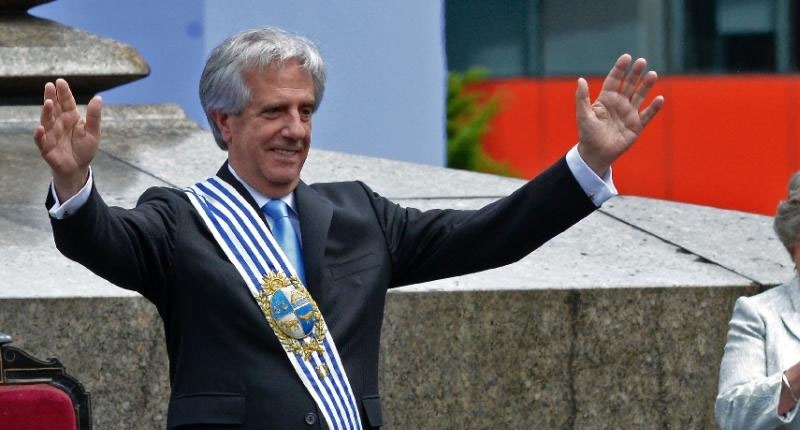 Tabare Vazquez, the president of Uruguay, has pushed efforts to ban all forms of online gambling after efforts to legalize it met resistance from land-based casinos. (Image: Mario Goldman/AFP Photo)

A bill introduced by the ruling Broad Front political party that would prohibit online poker, roulette, video slots and other forms of internet gambling was approved by the 99-member Chamber of Deputies this week. The bill also included provisions to make sports betting legal only when done on a state-sanctioned site.

The measure was inserted into the country’s proposed Accountability Law, which supposedly is an attempt to improve fiscal transparency and accountability practices while balancing the federal budget.

So far there are scant details of how the country intends to implement the proposed ban, and there is some debate about necessary taxes to pay for it.

But still, as the bill now moves to the Chamber of Senators, it is expected to pass there, too, and become law.

This is the third time Uruguayan lawmakers have wrestled with the country’s legal framework, or lack thereof, for online gambling. The previous two efforts, in 2005 and 2013, were attempts to legalize internet gambling, but both fell short.

Uruguayan President Tabare Vazquez was actually thought to be in favor of online gambling, and it initially seemed his party supported legalizing some of it and writing regulations to allow it. Those intentions, however, were met with serious resistance from the Uruguayan casino industry.

When it became apparent that the government was again considering making online gambling legal last year, workers from the establishments, as well as lottery employees, went on a 24-hour strike that coincided with a conference on online gaming.

“We refuse to accept that two members trusted by the Ministry of Economy and Finance’s hierarchy decide for themselves, who, when and how gaming is exploited in Uruguay, displacing the traditional supervision of Parliament which alone is empowered by law to decide on gaming,” a statement from their union read.

Uruguay has 16 casinos in 11 different cities.

PokerStars is hosting a tournament September 16-23 at the Conrad Punta del Este Resort, featuring events with buy-ins from $220 to $3,300.

Really both talk about democracy and freedom, and what we get every day are more restrictions on the freedom of people … is unfortunate about Uruguay … here in Venezuela the government eliminated all casinos, there is no site for people to play some bingo, roulette, machines, pokers and other games; with this a large sector of jobs were lost, and many tourist areas disappeared, all thanks to the prohibitions of the Venezuelan Government against the Casinos.