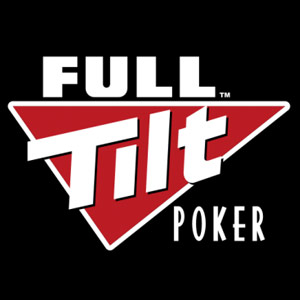 After having their accounts frozen in 2011 during Full Tilt’s bust by the U.S. Justice Department, players are finally receiving an update on how they will receive their refunds.

Players who had their wagering accounts frozen when online poker room Full Tilt Poker was busted by the U.S. Justice Department in 2011 got some good news and some bad news this week from the company appointed by the government to oversee the return of their funds. The company, claims the administrator Garden City Group of New York City, announced that Full Tilt Poker affiliates, who previously were told they would not be getting anything back, will now get those funds. The company also announced that individual customers getting money returned will first have their refunds garnished if they have outstanding legal debts.

On a special website set up by Garden City Group to keep the public informed about the refunding process, FullTiltPokerClaims.com, the following notice was just posted: “Affiliate balances shown upon logging into the online filing site were determined by deducting from the account balance all payments labeled as Affiliate payments in the data provided by Full Tilt Poker. The Department of Justice does not consider rakeback an Affiliate payment and will include rakeback payments in approved remission amounts. However, if rakeback was labeled by Full Tilt Poker as an Affiliate payment on a particular account and was therefore deducted from the balance, it is the player’s responsibility to dispute the account balance and provide an explanation differentiating rakeback from Affiliate revenue.

“On January 31, 2014, Garden City Group sent approximately 8,400 Notices to Petitioners who were identified as Affiliates by Full Tilt Poker. The Notices provided information and instructions for participating in the Petition process. If you received an email Notice, please be sure to use the logon credentials provided in the Notice when you begin the Petition process. The deadline for Affiliates to submit a Petition for Remission is March 2, 2014. Please be advised that a review is still underway concerning those players who were flagged by Full Tilt Poker as Pros. Once this review is complete, a separate notice will be sent to Pros who are deemed eligible to file a Petition for Remission and they will have 30 days from the date of the notice to file a Petition.”

That was the good news. The bad news came in a post on the site that was made a few days earlier and read: “On January 29, 2014, Garden City Group emailed notices to certain Petitioners who confirmed their Full Tilt Poker Account Balances and are eligible for payment, but who have a delinquent debt qualifying for collection through the Treasury Offset Program. Payments for these Petitioners will be reduced in order to satisfy their debt in part or in whole. To receive the balance of their payment, these Petitioners must complete a Unified Financial Management System Vendor Request Form, which was attached to the email, and return it to Garden City Group within 30 days. Specific questions regarding outstanding debts and offset amounts cannot be addressed by the Department of Justice or Garden City Group. To obtain information on your individual debt, you must contact the Treasury Offset Program at 800-304-3107 or visit their website for additional information.

“Garden City Group has been informed that the Department of Justice Asset Forfeiture and Money Laundering Section has approved the first round of payments. This distribution will include approximately 30,000 Petitions totaling $82 million submitted by Petitioners with timely, complete Petitions, who confirmed their Full Tilt Poker Account Balances. Garden City Group is currently working with the bank selected by the Department of Justice to set up the payment process. Garden City Group expects to issue payments via ACH before the end of February 2014 and will post further updates on the payment process in 2-3 weeks. Please continue to check this website for updates regarding the payment process and this administration.”

Ironically enough, this all started on Income Tax Day, April 15, 2011, when the U.S. Justice Department busted four online poker rooms that were allowing Americans to play poker for real money. Poker Stars, Absolute Poker, Ultimate Bet and Full Tilt Poker were shut down and their bank accounts were seized. Money determined to belong to the rooms themselves were confiscated, while funds expressly belonging to customers were to be returned. As part of the execution of the case, Garden City Group was appointed by the Feds to oversee the return of funds to Full Tilt Poker customers. As the company noted, the first round of refunds involves about 30,000 customers and a total of about $82 million.