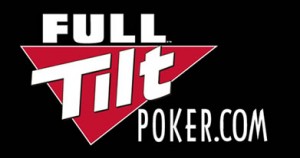 Online poker players affected by Black Friday in 2011 had waited more than two years for answers regarding their pending Full Tilt Poker balances. Even months after the U.S. Department of Justice appointed the Garden City Group as the claims administrator for the remissions process, players were not given any concrete information until the summer months of 2013. That was when the FullTiltPokerClaims.com website was launched.

On September 16, the remissions process actually began. Players based in the United States with prior balances remaining on Full Tilt were able to file petitions in the hopes of repayment. The deadline for filing was November 16, and those who weren’t immediately contacted by Garden City Group with filing instructions could pursue their claims through the website.

Those who agreed with the FTP balance given by the GCG were to simply wait for information about the actual remission, a date or range of dates that still has not been revealed. Anyone with a dispute regarding their shown balances were required to submit supporting documentation, such as canceled checks, bank statements, or official records to back up their claims.

More than 23,500 petitions had been filed by October 3. The Garden City Group sent over 1.4 million emails to Full Tilt players and awaited an even larger response.

There were some inevitable problems in the initial rollout, however. It immediately became clear that a number of people were not eligible for payments, including anyone formerly designated as a Full Tilt Team Pro or Red Pro, employee or vendor, or affiliate.

The affiliate problem was recently addressed by GCG due to an overwhelming number of complaints. Many who were affiliates of FTP were also players, and their accounts contained player funds as well as affiliate payments. GCG changed its policy with regard to those players, noting that they could submit petitions to claim their account balances that related to poker transactions only, if they met the eligibility criteria. Those players were given 30 days to file their petitions.

Still more questions persist. And the Poker Players Alliance has taken up the cause on behalf of players.

In an October 10 letter to the U.S. Department of Justice, PPA Executive Director John Pappas pointed out some of the questions that remain unanswered by GCG or anyone directly involved with the remissions process. The first three of the 14 questions pertain to the affiliates, which has been addressed by GCG. Other inquiries request clarity regarding players who had incomplete transactions on or near Black Friday but no solid evidence, players who accumulated points and tournament entries that were promised to have cash value by FTP, and issues involving rakeback, and petition errors. The last question addresses the issue of players who are living in the United States but not residents, therefore missing Social Security numbers and EINs that are required for filing.

The PPA has yet to receive a response from Garden City Group.

There has yet to be any estimations or guesses as to the time frame for petitions to be processed and payments to be sent.