Unibet Poker is set to hit a major milestone and deal its one billionth hand five years after launching as a standalone network. 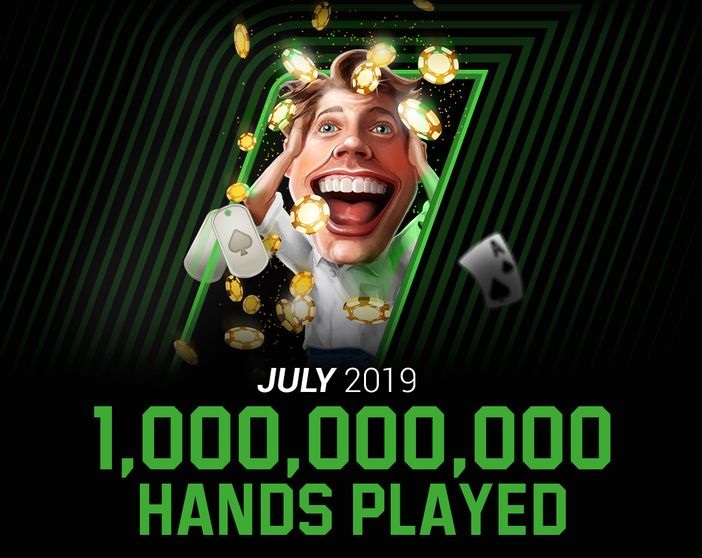 Unibet Poker has created a new series of giveaways as it prepares to deal its one billionth hand. (Image: Unibet Poker)

Originally part of the Microgaming Poker Network (MPN), Unibet made a break in 2014. Aiming to revamp its product and control its own future, the company partnered with software provider Relaxed Gaming.

With a new platform and its own ideas on how to improve online poker, Unibet proved it’s possible to make it alone in the industry. As per an announcement at the start of July, the site is closing in on its one billionth hand.

To celebrate, its running a host of promotions throughout July. The winner of the milestone hand will receive €1,000/$1,120.

Although not quite as lucrative as PokerStars’ billionth hand bonanza back in 2013, the promo a testament to Unibet Poker’s progress.

In 2016, the developers launched Unibet Poker 2.0. Introducing “fun” features and looking more like a social gaming platform than a hardcore poker site, the new software was a hit.

In the months following the update, revenue for the period was up by 65 percent. Since then heads up displays (HUDs) were banned, before Unibet Poker nixed high stakes tables in 2018.

By removing tables with buy-ins exceeding $450, the plan was to create a better ecosystem for recreational players. Although it was somewhat controversial at the time, it hasn’t hurt the operator’s popularity.

From dealing its 100 million hand in December 2014, Unibet Poker is set to hit ten figures in July.

The Road to One Billion Hands

While Unibet Poker may sit outside PokerScout’s top ten traffic rankings, it’s an important part of the industry. By reaching one billion hands, it’s proof that catering to casuals isn’t a loss-making venture.

In fact, with PokerStars and Partypoker starting to focus on recreational players, the milestone shows how the industry has evolved over the last two decades

This is cool to see.Might be time to reinstall Unibet as i have been meaning to do.Heard more good than bad here so will give it another go,got a little complicated last time so i got side tracked.gl all Unibettors 🙂

Surprised how they’re improved so fast but they still need to do a lot to get to the 888/Partypoker’s level. Especially, on design and software stuff. I don’t like it that much. Anyway, congrats to the Unibet.