Ultimate Gaming CMO Todd Kobrin Out with Shake Up 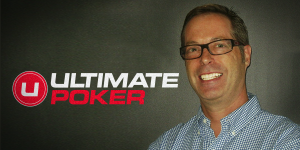 Ultimate Gaming CMO Todd Kobrin is out as are other key leaders for the company, following its exit from New Jersey.  (Image: UltimatePoker.com)

Kobrin had been recruited away from 888 where he had spent the last nine years. Now, Ultimate Gaming continues to operate in Nevada, reeling from the company’s failure to stick in New Jersey, while questions abound about leadership.

Several media outlets reported last week that Kobrin was no longer employed as the CMO for Ultimate. As mentioned earlier, he had been brought over from 888, where he had a reputation for understanding both the poker and casino sides of online gaming marketing.

It was just a few short weeks ago that Kobrin sat down for an exclusive interview with CardsChat and stated his pride for Ultimate Gaming because it was the only site fully made in America. In the interview, Kobrin was described as being “enthusiastic about the positives of Ultimate Gaming” and alluded to upcoming improvements that would, in his opinion, take the company to a new level. Now, Ultimate Gaming is out of the biggest market it was operating in and has another management shuffle on its hands.

Reports also state that Scott Yeates is out at Ultimate Gaming. Yeates was fairly well-known in poker circles for being active in support forums at various poker sites. As of last week, it was unclear who would handle public dialog for customer service for the company.

Chris Danek is also reportedly gone from the company. Danek made headlines for being the Poker Product Manager and inventor of Two Street Hold’em, which had mixed success at best for Ultimate Gaming.

The avalanche of failed land-based casinos in Atlantic City has meant that Ultimate Gaming has no partner to operate in the state, since the Trump Taj Mahal is likely being shut down after filing Chapter 11 bankruptcy. Betfair, another operator, appears to be headed to a similar fate based on its partnership with the now-defunct Trump Plaza.

Leadership for Ultimate Gaming stated to the press that they were grateful for the opportunity to do business in New Jersey and that they were working to ensure a smooth transition for their customers as they wind down business. The press release concluded by stating they were looking forward to releasing a new Mac OS X and mobile compatible options by the end of the year.

Chief Executive Officer Tom Breitling has publicly blamed many different factors for the company’s struggles. Clearly, the Trump deal with the Taj Mahal and not having a solid partner in New Jersey totally undercut the company’s ability to operate in the Garden State. However, many in the industry feel that the lack of solid and consistent upgrades to what amounts to an inferior poker client has players panning the service. Like all poker operators in the United States, Ultimate Gaming has also had struggles gaining customers and finding consistent ways to handle financial transitions.