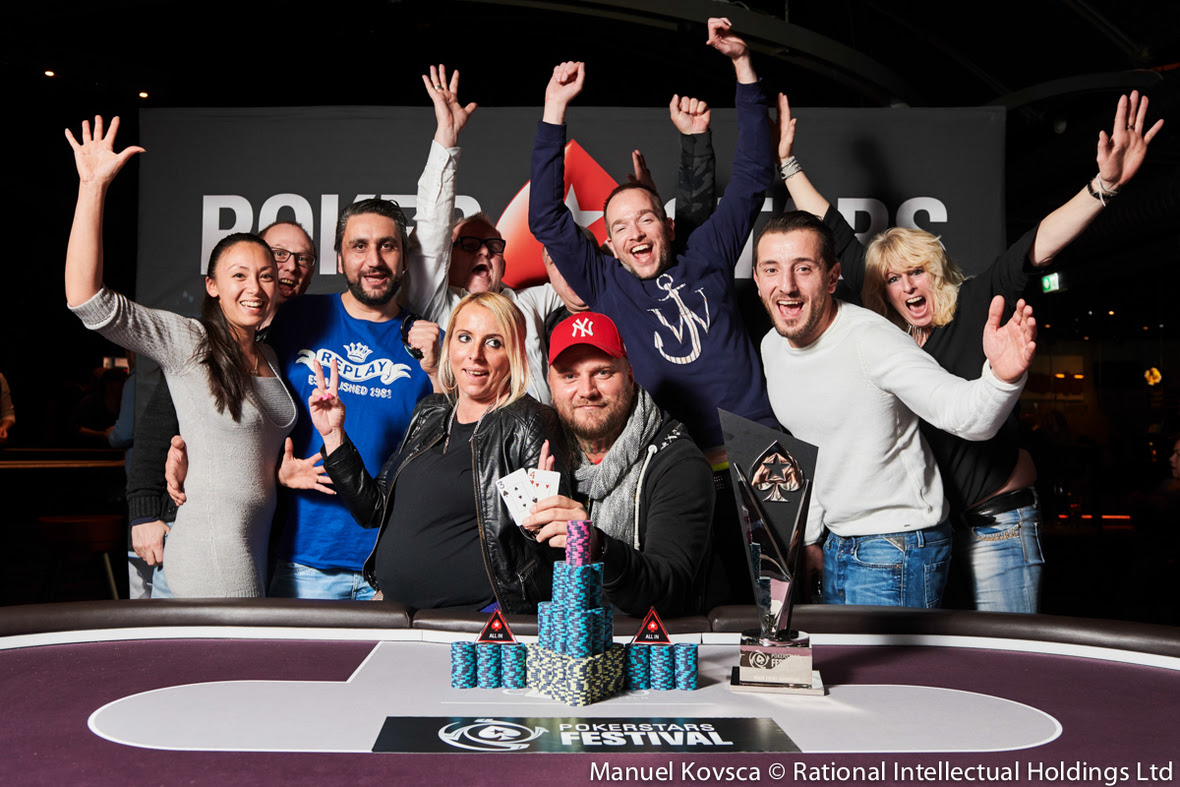 Ulrich Pauls had been playing poker for 15 years, but over the weekend he notched his first-ever win by taking down the PokerStars Festival Hamburg. (Image: PokerStars)

It marked the first documented tournament cash for the 36-year-old Pauls, who was up against some stiff competition. For instance, earlier this year Lubas finished runner-up to Petr Svoboda in the PokerStars Festival Rozvadov Main Event, which was good for $96,077.

Lubas responded by moving all-in for 3.18 million and Pauls thought long and hard before calling with just the 4♥3♠. He was way behind the 7♦7♥ of Lubas, who had flopped top set. But Pauls had outs, and was looking for a six. Then the 2♠ turn gave him additional outs. And sure enough, the wheel arrived when an A♠ spiked on the river.

“I like to play following my feeling,” Ulrich Pauls told PokerStars officials after the win. “If I feel something I pay and today this strategy worked really well.”

“It’s incredible and it’s a fantastic feeling, I played really well,” said the 30-year-old from Oldenburg. “I’ll use the winnings for my family and to continue to play poker.”

Fantastic pottery shared PokeStars !!Congrats to the winners and all who came to the pots !!! the truth is that in poker, beyond the technique and the experience, there is luck and without it you do not go anywhere! So, with that hand, take the pot !! 🙂