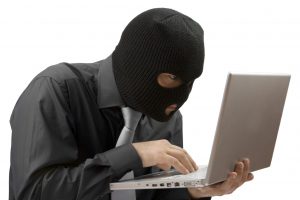 UKGC planning to tackle issues of cheating and collusion by reviewing its technical guidelines. (Image: geektimes.ru)

The recent push to “level the playing field” by online poker providers PokerStars and partypoker is now being backed by the UK’s iGaming governing body, the UK Gambling Commission (UKGC).

Following a spate of incidents involving bots and collusion in recent months, the UKGC is now putting into motion a process to make the game safer for everyone.

Outlined in a statement sent out on October 8, the UKGC explained that it will be conducting a thorough investigation into the prominence of third-party tracking software as well as bots (software that plays autonomously according to scripts).

The first part of the UKGC’s plan to tackle unfair games is to survey the major operators it licenses in order to get their views on the issues of cheating, bots and tracking software.

“We’ve been asking licensees who offer peer-to-peer poker for information and their views on current issues identified in relation to this product,” read a statement from the UKGC.

The aim of this survey will be to assess whether or not the current guidelines all UK iGaming platforms must abide by, such as the License Conditions and Codes of Practice (LCCP) and the Remote Gambling and Software Technical Standards (RTS), are sufficient to protect players.

If the current protocols aren’t sufficient to protect “vulnerable” players and ensure online poker is “crime free, fair and open”, then the UKGC has stated that it will make changes to its technical standards.

In real terms this could mean that online poker sites licensed by the UKGC will have to implement software that not only prevents players from tracking their opponents, but puts in place more safeguards to ensure players can’t collude or use bots in order to exploit the system.

Efforts by All to Level the Playing Field

Ahead of the announcement by the UKGC, PokerStars and partypoker outlined changes to the way in which they are going to deal with tracking software, game selection and the general level of “fairness” in their games.

Aiming to level the playing field and make the game more attractive to casual players, PokerStars and partypoker have made it harder for players to track opponents’ stats using third-party software.

Although the current zeitgeist in the online poker community is a movement away from appealing to professional players and towards amateurs, the timing of these announcements is likely due to recent incidents of collusion.

Back in July PokerStars released details of an investigation into a prolific bot ring originating in Russia and Kazakhstan.

According to forum posts, the collection of accounts under investigation reportedly used illegal bots (which all utilized an optimal PLO strategy) to win a suspected $1.5 million.

The largest online poker operators have seen numerous instances of attempted collusion and automated play in the past; however, none have been on the scale of the Russian attack.

This incident, plus the growing desire to make games more accessible for everyone, poker sites and the UKGC are now placing more emphasis on tackling potential problems before they arise.

any effort to end data tracking is fine by me !

Me too rick. I wish there was more that could be done to combat the collusion that is prevalent in online poker.

all huds and 3rd party Softwares should be banned. it s for cheaters and frauds