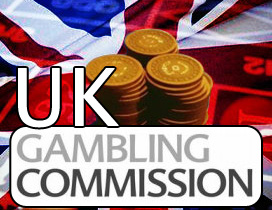 The UKGC’s funds ratings categories should serve to better inform customers prior to depositing money for online gaming. (Image:osga.com).

The UKGC (UK Gambling Commission) has created a three-tiered standard by which operators must inform consumers on the safety of their funds, if the gaming company were to go bankrupt.

A consultation on player fund protection was opened by the UKGC in September of 2013 and, unlike the French gaming regulator ARJEL, the UK commission has opted not to force operators to guarantee the return of player funds in case of insolvency.

Instead, it demands that operators at least hold player funds in accounts that are segregated from those meant only for business operations, and leaves it to them individually to adopt one of the higher funds ratings categories, should they so choose.

The UKGC’s three funds ratings categories are as follows:

Basic – Customer fund segregation – Customer funds (deposits, winnings, and unpaid loyalty or bonuses) are kept in separate accounts from business accounts. However, customer accounts would be considered business assets in a bankruptcy.

High – Independent trust account – Customer funds are verified and controlled by an independent trustee, and held in a trust account.
To help consumers to make informed decisions regarding the funds ratings, the UKGC demands that operators clearly inform users “at the point of deposit” which funds category they employ, as well as include the information in terms and conditions. The customer will then be required to acknowledge that they have read and understand the info before proceeding with a deposit.

While an across-the-board player funds return guarantee would seem the gold standard for consumer protection, adopting the UKGC’s highest funds ratings category essentially does the same via trust account, which is a standard that the Nevada gaming jurisdiction uses, as well as the well-known industry leader in online poker. Speaking to TotallyGaming.com, PokerStars’ head of public relations Michael Josem had this to say regarding the company’s positon on the new UKGC funds ratings:

“PokerStars and Full Tilt have volunteered to apply the very highest standards of player fund protection, with the use of independent trust accounts that PokerStars and Full Tilt have pioneered on the Isle of Man…this involves a third-party, fully independent trustee being appointed to oversee player funds in United Kingdom. Each day, a report will be sent to the trustees detailing the total UK customer deposits, and the trustee will then ensure there are more funds in the trust than total customer balances. This will give players total confidence that their funds are safe and secure.”

That is good news for UK poker players, and should encourage adoption of the higher consumer protection standard. UK gaming operators have until December 31 to update their terms documents with the new regulations, and must meet the point-of-deposit disclosure requirement by February 2, 2015.

Nice play PokerStars & Full Tilt. Personally, I think the “High” standard should be compulsory. If a poker site cannot guarantee the return of player funds, then GTFO IMO.

My question is, how do you trust the 3rd party trustee? And what requirements are in place when selecting a trustee to hold player accounts? If the “trustee” is Bob The Builder what happens if he decides he wants to retire early and run away with player funds?