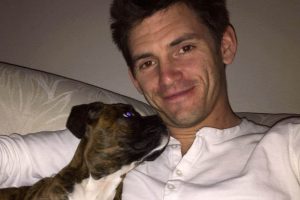 Poker player Richard Cole, who was found dead in a canal in Amsterdam on Monday. Some colleagues suspect foul play, police are investigating. (Image: mirror.co.uk)

British poker player and art expert Richard Cole, who disappeared in Amsterdam over a week ago, has been found dead in one of the city’s canals.

A major police investigation is now underway to find out just what happened to the 30-year-old Cole, who was described as an “experienced traveler.”

An expert in Asian and Oriental art, Cole was last seen alive in the early hours of January 25th, when he was believed to be in a bar drinking with strangers in the Thorbeckeplein area of the city.

He had arrived in Amsterdam alone the previous day, having visited the Dutch town of Assen on business. At around 2 am, he spoke to his Las Vegas-based girlfriend, Alicia Marie, and that was the last time friends or family would hear from him.

“He had been out with some people he had just met, which is common for Richard as he is very friendly,” she told the BBC at the height of the search. “I just said to be careful, please go home, get a cab.

“We got off the phone and I texted him a picture of his address to show his cab but it never went through,” she added. “I imagine that he turned off his phone or his phone died.”

Police swept the city’s many miles of canals last week, finding nothing, but when a police dog became “restless” at a particular stretch of the Herengracht canal on Monday, they concentrated the search in that area. Cole’s body was discovered on Monday evening with the help of sonar equipment.

Dutch police have yet to state officially whether foul play is suspected, although Cole’s Gloucestershire employer, Lyn Bowkett of Stroud Auction Rooms, indicated in an interview with a local newspaper that she believed that it was.

“We are all in shock; completely unable to believe that we won’t ever see Rich again,” she said.

“We have all spent the past week trying to think positively,” Bowkett added. “But to hear that his life has been taken by an act of violence is just devastating. We have no words to say exactly how we feel. Our thoughts are with his family”

Cole had been an enthusiastic amateur tournament player for many years, both in the UK and US. His last cash recorded on the Hendon Mob database was in June 2015, at the Binion’s Poker Classic Omaha Hi-lo event in Las Vegas, which he won.

The case has tragic echoes of that of German pro Johannes Straussman, who went missing in Ljubljana, Slovenia in July 2014, only to be hauled from the Ljubljanica River several days later.

Toxicology tests revealed that Straussman may have been under the influence of hallucinogenic drugs at the time of his disappearance. He was 27.

Can’t say that I know who he is, but it is always sad to hear that someone with such promise passes before their time in such a tragic and unnecessary way. RIP, and may those responsible be held accountable.