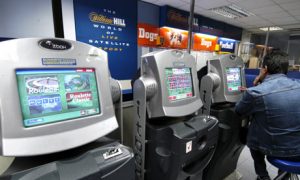 The United Kingdom has long attempted to offer an online gambling environment that is welcoming to companies, yet beneficial to its people. The most recent proposal to update its laws came with the Point of Consumption tax, which is supposed to garner more tax revenue while maintaining a regulated industry to ensure that Internet gaming sites are properly licensed. The law has not been welcomed by many in the industry, but Parliament has pushed it forward nonetheless.

The new law has been approved by the Department of Culture, Media and Sport, as well as parliamentary committees, and will soon implement a 15 percent gross gaming revenue tax on companies that want to offer online gambling services to UK residents. Other changes have been proposed in addition to that Gambling (Licensing and Advertising) Bill, and those have met with some resistance, too – even from within the government.

In the UK government’s attempt to provide an optimal environment for licensed gambling sites and discourage those without the proper authorization to operate there, numerous proposals have been introduced. In January 2014, the UK Gambling Commission requested that Internet service providers (ISPs) be forced to add pop-up warnings to unregulated sites to discourage those advertisements. However, the ISPs refused to act on their own, saying they were unwilling to become “Internet police” for the government.

Another proposal was introduced to the House of Lords that would tighten regulations for daytime television ads for bingo and betting sites, in order to keep the exposure to children at a minimum. This would have included marketing during football games, and even promotions for free betting on social platforms like Facebook. But last week, the House of Lords voted down the amendment, deciding not to get involved in the regulation that would affect a great many advertisers, as well as the media and entertainment fields. The government also decided not to restrict payments to unlicensed online gambling operators.

In its place, the UK Gambling Commission has now decided to act on its own. The UKGC entered into voluntary agreements with companies like Mastercard, Visa, and PayPal, all of which have agreed to restrict transactions to blacklisted companies, and it will go into effect when the new gambling law is formally introduced at the end of 2014. And the UK Advertising Standards Authority will also step in to examine the advertisements issue and try to enact any stricter regulations it sees fit.

The Association of British Bookmakers recently designed a new code of conduct that would allow UK bettors to set limits on the time and money they spend at fixed odds betting terminals. The new regulation would make it mandatory for alerts to appear on the machines when a customer reaches a certain spending cap or time cap, though they will be able to click through and continue betting. Betting shop employees will also be trained in problem gambling signs and solutions.

On top of that, UK Culture Secretary Maria Miller requested that the government step in to add more consumer protections. Her proposal would require that betting companies operating in the UK would be forced to agree to the Association of British Bookmakers code of conduct in order to obtain a gambling license. She would also like to incorporate limits on betting advertisements on television in conjunction with the limit requirements. She submitted her proposal to the UK Gambling Commission.