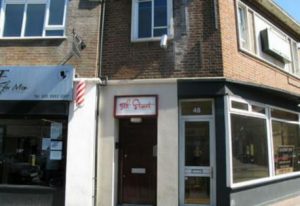 The Fifth Street Club in Borehamwood was recently shut down after being found to have practices not in line with the Licensing Act of 2003. Several other London area clubs have met a similar fate.  (Image: Borehamwood Times)

The UK Gambling Commission is continuing to toughen its stance towards poker clubs that it considers to contravene the country’s gambling laws. The commission recently issued a press release – clearly designed to serve as a caution to others – which detailed the action taken against three clubs in and around the London area that have effectively been shut down.

Under the terms of the Gambling Act 2005, poker is permitted in members clubs, but there does seem to be a grey area in the law – certain clubs that do not have a regular gaming permit may be legally allowed to spread poker games, but this is dependent on restrictions on: registration fees (none); buy-in fees (low); and prize limits (by extension, also low). Crucially, one stipulation is that a club cannot be a gambling establishment as its primary purpose, which can lead to a business trading primarily as, for example, a chess and backgammon club – essentially a “games club” – in an attempt to exploit that grey area and hope the authorities don’t notice.

However, it’s clear that the Gambling Commission is determined to flex its muscles. London’s legendary Gutshot Club – which nurtured many of the UK’s burgeoning poker talent – operated for many years in Clerkenwell before being forced underground, only to resurface half a mile down the road in Shoreditch, rebranded as The International Club. That finally closed its doors in 2012 when the worst-kept secret in London was finally exposed – that poker was the primary use of its premises.

Not Playing By the Rules

The Gambling Commission release mentions three clubs that have been forced to close their doors in recent months. The Fifth Street Club in Borehamwood, just north of London, had its gaming permit withdrawn because it was deemed that it was not being run in accordance with the 2003 Licensing Act. Meanwhile, the Royal Surrey Social Club in Morden, just south of London, has been forced to stop all poker activity after it was discovered they were spreading poker games that were “exceeding prescribed limits”, while the North London Palms Club had a new application rejected on “concerns about illegal poker”. The latter is subject to appeal, however.

All in all, a total of 10 clubs have been forced to stop spreading poker since 2012. Director of Regulatory Operations at the Gambling Commission Nick Tofiluk said: “These 10 cases show local authorities have the means and the determination to tackle concerns about illegal poker in whatever guise it is presented. We are committed to working closely in support of local authorities in dealing with such matters. Local authorities now have considerable experience in this field and we will continue to promote good practice while dealing effectively with illegal poker clubs. The message is simple; if you offer poker in a club which falls outside the rules for exempt gaming, or offer commercial poker, you are breaking the law.”