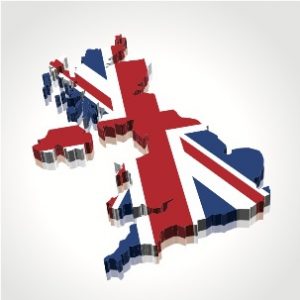 The upcoming UK Gambling Act has been delayed until November as high courts sort out challenges and online poker sites pick their sides. (Image: onlinepoker.net)

The impending UK Gambling Act has been pushed back until November, as online poker in the UK is going to be changed for good when the new Gambling (Licensing and Advertising) Act goes into effect there.

Companies will have to decide whether they want to stick around in the UK or focus their efforts elsewhere, with taxes and revenues playing heavily into their decisions. And with deadlines approaching, more and more poker sites are finalizing their plans for the lucrative UK market.

Carbon Poker, the most prominent website on the Merge Poker Network, has made the decision to leave the UK market. Carbon sent an email to all of their customers in the UK on Wednesday telling players that they would no longer be allowed to play on the site. The email was short, and did not provide a reason for the end in service.

“Unfortunately, we will no longer be able to offer our services in your jurisdiction as of September 30th 2014,” read an email from Carbon posted by a user on the CardsChat forums. “Please log into your account and request a withdrawal for any remaining balance.”

While it wasn’t explicitly stated, it’s almost certain that Carbon Poker made this decision due to the new licensing requirements going into force across the pond. Carbon Poker still offers online poker to most of the United States, and the UK licensing scheme requires operators to provide a legal basis for their operations in jurisdictions where they are not licensed to offer real money games. It’s unlikely that Carbon would be able to satisfactorily defend its US operations, which may help explain the exit from the UK.

The news comes as word has come down that the implementation of the Gambling Act will be delayed by a month. That decision was reached because of a High Court challenge to the new laws from the Gibraltar Betting and Gaming Association (GBGA). While most observers seem to feel that the challenge is unlikely to succeed, Lord Justice Green has said that it is unrealistic to expect a decision by October 1, thus necessitating the delay.

But with the original deadline less than a week away, most companies have already made their decisions on whether they’ll be staying in the UK market. Just days after PokerStars said that it will be sticking around, sister site Full Tilt Poker announced Wednesday that it will also be migrating players to a licensed UK site on October 1.

Full Tilt also suggested that there will be no changes to the offers available on its site, which suggests it does not plan to diminish its VIP rewards program for players despite the higher taxes they will now pay on revenue generated off of UK players. That would be a slightly different tack than PokerStars, which has already said that there will be a slight reduction in its VIP program for UK players starting in 2015.

The new regulations will require all operators who wish to take bets from UK residents to be licensed by government regulators. Starting in December, these operators will also pay a 15 percent point of consumption tax on all revenue generated from bets made by UK players.

That is strange what is going on in the UK, since gambling is legal there.