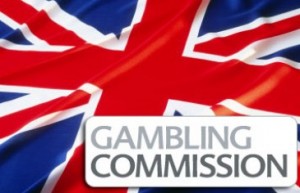 A new ban on UK auto top-ups is being contested by online poker players, who will take the fight to the UKGC. (Image: pokerupdate.com)

A recently instituted UK auto top-up ban has native players up in arms and now preparing to petition the UK Gambling Commission about the new rule.  The scuffle is over the introduction of a new regulation that scraps the auto top-up feature from online poker, putting UK players at a distinct disadvantage over their opponents.

The new UK Gambling Act, also under contention and now on hold until November 1, is expected to come into force before the end of the year anyway, and, as well as introducing a new point-of-consumption tax that is unpopular with operators, includes a clause that will have unforeseen repercussions for players, too.

A Gambling Commission document called  the Remote Gambling and Software Technical Standards states: “Gambling products must not actively encourage customers to chase their losses, increase their stake or increase the amount they have decided to gamble, or continue to gamble after they have indicated that they wish to stop…the amount of funds taken into a product should not be topped up without the customer choosing to do so on each occasion, e.g. when a customer buys-in at a poker table they should have to choose to purchase more chips to play at the table – automatic re-buys should not be provided.”

This document has been kicked around since 2009, but only now becomes relevant to players because the point-of-consumption tax requires operators to be licensed and regulated in the UK, and they must now dance to the beat of a different drummer in order to engage with the lucrative UK market. As such, the poker community was largely only made aware of the new ruling when PokerStars unveiled its plans for the new UK client recently, announcing that auto top-up would be unavailable, due to new government regulations.

Crucially, PokerStars players in the UK will remain in the same player pool as the .com players from other countries, but will be denied this basic function, putting British ring game players and rebuy tournament gamblers at a strategic disadvantage to players in other countries. While the regulation is clearly designed to protect problem gamblers, its practical application means that UK players, especially those multi-tabling in ring-games, will be forced to play sub-optimally. It’s a development that affects the fairness of the games and therefore, possibly, their legality.

This is why a group of UK players led by Richard Richardson, a player advocate who has contributed to Gambling Commission consultations, are calling for an exemption to be made for automated top-ups in online poker. Far from helping gamblers to make better decisions, they argue, the denying this specific function encourages them to make worse ones.

The petition, drafted by Richardson, states: “With automatic top up removed players would face having a different decision and different style on different tables played at the same time. This would be a significant disadvantage for such players compared to the non UK players who do not face this complication. This would affect the fairness of the game to the disadvantage of UK players.

“Once fully consulted upon we are sure that the evidence will show that automated top ups or rebuys in poker do not encourage problem gambling, escalating stakes or loss of control,” it concludes.

Richardson’s petition has been posted on the 2+2 forums for suggestions and amendments to be added before it is submitted to the Gambling Commission.