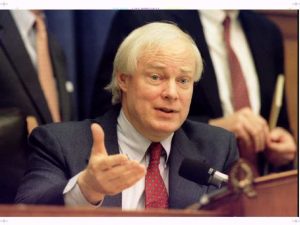 Former Representative Jim Leach says there is “no credible way” DFS can be described as not gambling. (Image: latimes.com)

Daily Fantasy Sports has redeemed itself slightly in the eyes of its players this week, with news that Ethan Haskell, the employee at the center of the so-called “insider trading” scandal, has been cleared of any wrongdoing in an investigation by an independent international law firm.

But the scandal has exposed a lack of transparency within the industry and that has prompted investigations from the authorities.

The New York Attorney General Eric Schneiderman and Preet Bhahara, US Attorney for the Southern District of New York, the man who brought down PokerStars and Full Tilt in 2011, have both launched independent probes into the business models of DraftKings and FanDuel.

And should the industry survive this scrutiny with its reputation intact, there remains the question of its unregulated status and the legality of its product offering within the US.

Its cause was not aided last week when the state of Nevada ruled that DFS is gambling in the exactly the same way that sports betting is gambling, and that the sites must apply for Nevada sports betting license like any other operator.

Neither was it helped by the comments of former Republican Representative for Iowa Jim Leach, the architect of the Unlawful Internet Gambling Act 2006, which criminalized unlicensed online gambling transactions in the US.

“There is no credible way fantasy sports betting can be described as not gambling,” Leach told the Associated Press. “Only a sophist can make such a claim.”

Fantasy sports was offered a carve-out from UIGEA, due in part to lobbying from the major sports leagues, but the season-long fantasy sports model was a world away from DFS, as it exists today, where money can be wagered, won and lost on a daily basis.

DFS has long cited UIGEA as justification for its right to operate without the oversight of a regulatory body, but according to Leach this is a form of intellectual dishonesty. When he penned the language of UIGEA, he says, he had no idea that fantasy sports would “morph into today’s cauldron of daily betting.”

“The only unique legal basis provided fantasy sports by UIGEA is its exemption from one law enforcement mechanism where the burden for compliance has been placed on private sector financial firms,” said Leach.

If the whole of America were to follow the Gaming Control Board’s judgement that the sites must be licensed and subject to regulation like sports betting operators, there would be room for DFS only in the three states that are permitted to offer sports betting.

Ironically, New Jersey’s attempts to legalize sports betting at its own casinos and racetracks have been stymied so far by legal action from the major sports leagues, who have a vested interest in DFS, and this could offer New Jersey a powerful bargaining chip in its battle against the leagues.

“All citizens can make their own judgment whether America is better off with or without a dominating gambling ethic,” said Leach. “But what is self-evident is that UIGEA exempted fantasy sports from one specific law enforcement mechanism but not from the broad sweep of law itself.”