PokerStars will award three packages to UFC 241 as part of the UFC KO Poker Series, which begins on June 23. 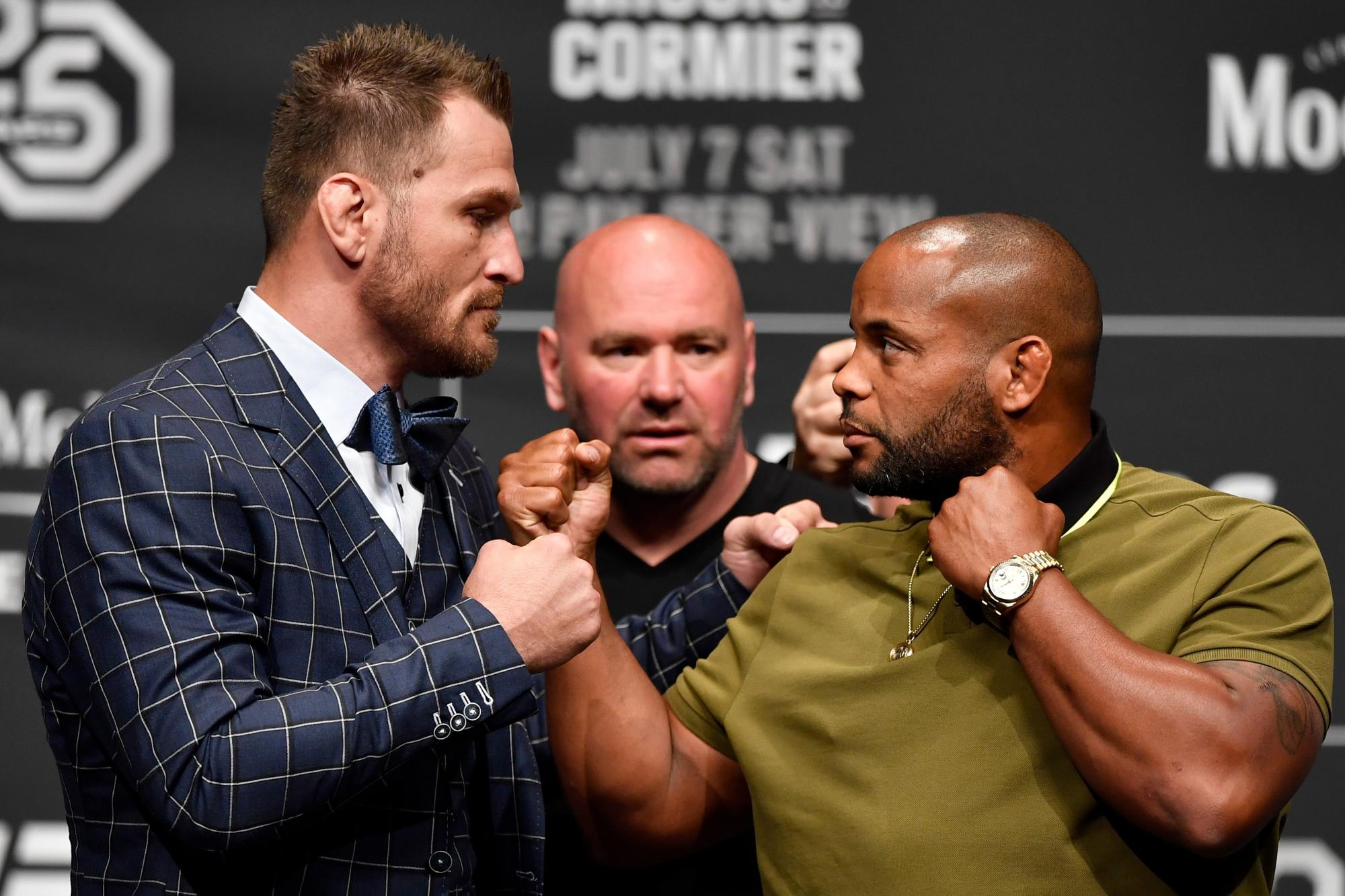 PokerStars will award three packages to UFC 241 in August, a card that features a rematch between Daniel Cormier and Stipe Miocic. (Image: UFC)

The series, which features 68 events from June 23 to June 30, is the latest and largest sign of the online poker giant’s collaboration with the UFC.

The series will guarantee playing $10 million in prize money, with the main event on June 30 offering a $1.5 million guaranteed prize pool.

But the KO Poker Series is the best example so far of brand synergy between the two groups. Throughout the series, each player will have the number of knockouts they record across all events tracked. As players knock out more opponents, they’ll earn chances to win packages for UFC 241 on Aug. 17 in Anaheim.

The first winner will be the player with the single largest number of total knockouts. Beyond that, all players who record three KOs will be included into an All-In Shootout on July 2 that will award the second trip, while anyone who gets to six knockouts will get a chance to play in a second shootout on July 3 for the final package.

Each prize package includes two tickets to UFC 241, as well as plane tickets and three nights’ hotel accommodations for two.

The promotion may be a simple one, but it draws on common language that both fighters and poker players can understand.

“Knockouts are synonymous with both poker and UFC,” Stars Interactive Group CMO Christopher Coyne said in a press release. “We’re looking forward to seeing who will be crowned our UFC poker champions.”

PokerStars is planning similar promotions in some of its segregated markets, with both Southern Europe and Italy getting smaller versions called UFC Poker Week.

While the entire card for UFC 241 hasn’t been released, the main event is expected to be a heavyweight championship bout between current champion Daniel Cormier and Stipe Miocic. It’s a rematch of their fight last July at UFC 226, when Cormier (22-1) – already the UFC light heavyweight champion – knocked out Miocic (18-3) late in the first round to win the UFC heavyweight title, making him a two division champion.

Cormier has been made a slight favorite for the rematch, with FanDuel Sportsbook in New Jersey listing the champion at -144 and Miocic fetching +118 odds. Other notable fights already announced for UFC 241 include a welterweight bout between Anthony Pettis and Nate Diaz, as well as a middleweight clash between Yoel Romero and Paulo Costa.

This is fun to watch if nothing else , I don’t get to involved playing these games , only once in awhile I play the spin and gos .

Must admit , when PS puts a promotion on , they make it worth while and have some great trips and prizes .
I just feel bad for anyone who wins and wasn’t expecting to win and now they have a trip/poke vac to go on !