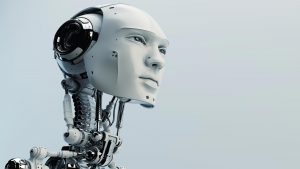 Battles between man and machine in games of logic and skill such as chess, Go and poker are nothing new, but scientists are now confident that action the latter could drive technology forward.

Following a challenge by Sky News, researchers at UCL not only demonstrated the power of AI in its current state, but explained that it might hold the key to innovations like driverless cars.

As poker players we already know that No Limit Texas Hold’em is a game of incomplete information, which has been demonstrated by Carnegie Mellon University’s Claudico.

Although chess and Go are extremely complex, they are primarily based on complete information.

A Minefield of Unknowns

Poker, however, has a myriad of unknown variables and that, in a nutshell, is why it’s seen as the final frontier for AI developers. With this in mind, UCL’s Johannes Heinrich told Sky News that it poses a number of tricky obstacles for him and his team of researchers to overcome.

But, despite these obstacles, Heinrich is confident that AI will soon be able to beat human players and when that day comes it will lead to important applications in other areas.

The reason this is true is because Heinrich and researchers like him are currently analyzing the way we and, therefore, machines learn.

Breaking down the dynamics at play, Heinrich explained that two things form the basis of an AI machine’s actions: neural networks and reinforcement learning. The combination of these two systems, according to Heinrich, has allowed his machine to learn in a way that’s more like a human.

Using poker as an example, the machine is able to learn from its mistakes (reinforcement learning) by playing billions of hands against itself. Then, through its neural network, it’s able to analyze these results and learn abstract patterns. The end result is a system that’s able to take its knowledge and apply it to unseen situations.

Essentially, the machine is able to generalize and hypothesis about a new situation much like a human would. In the past this wouldn’t have been possible, as the machine would be limited to solving previously analyzed situations.

At present the software is still in a developmental stage, but this ability to assess unknown variables and apply knowledge in a general way is a sign that AI could soon “solve” poker. If researchers at UCL and other university’s can achieve this, then it could help computers think through everything from medical treatments to driving.

I don’t think Poker can be ‘solved’. A machines ability might improve to the point where it might seem ‘solved’, but then some live person will come along with a really different approach, and destroy the machine.

The machine will adjust, but then another guy will wipe the floor with it, new adjustments, then a gall will do it, then some kid will do it, the machine in general continues to evolve, always seeming unbeatable, but then it gets beat again.

And that could go on forever.

In the meantime, anyone that spreads a game will work harder and harder to prevent bots at their tables. In the end peeps will have a 99.9999999…….% confidence level that bots are not a factor in the good old game of poker. Must leave room for the conspiracy nuts!