John Fury is letting his money do the talking when it comes to his son’s upcoming fight against Deontay Wilder, betting £100,000/$130,000 that Tyson Fury will emerge victorious when the two meet in Las Vegas later this month. 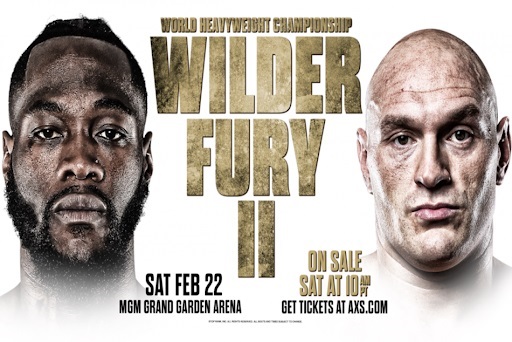 Tyson Fury is set take on Deontay Wilder in a highly anticipated rematch on Feb. 22. Ahead of their showdown inside the MGM Grand, Las Vegas, British broadcaster BT Sport brought in some experts to analyze the fight.

Among those offering their take on the bout was retired heavyweight champion turned poker player, David Haye. Sitting opposite Tyson’s father John, Haye said Wilder would probably make the adjustments necessary to win the rematch.

Fury from Fury Senior Ahead of Rematch

As a traveler — think Brad Pitt in Snatch, but without the dodgy accent —  John Fury is never one to shy away from an argument. Although the 22-minute debate remained cordial, he was passionate in the dense of his son.

Haye rejected the offer, claiming that he doesn’t “like to bet.” However, his recent partnership with Grosvenor Casinos would suggest otherwise. Signing with the British betting operator in 2018, Haye embarked on a strict training regime to become a poker player.

Team Grosvenor Poker was tasked with whipping the novice into shape ahead of the 2019 Goliath. A series of harsh lessons followed, but Haye learned enough to make Day 2 of Grosvenor’s record-breaking live event.

Perhaps its these lessons that led the former boxer to only get his money in with the best of it. According to the majority of boxing pundits, Tyson Fury beat Wilder in their first fight on Dec. 1, 2018. However, the judges saw things differently, and scored it a draw.

That result, coupled with a miraculous recovery from Fury late in the fight (see video below), prompted a rematch. The two heavyweights will now go toe-to-toe for the WBC world title on Feb. 22.

Both fighters have undefeated records. Wilder is known for his devastating punching power, scoring 41 knockouts in 43 fights. Fury is more of a boxer, and is regarded by many as one of the best British heavyweights of all time.

Based on their achievements and their previous fight, oddsmakers are having a tough time separating the two. A look at the latest betting lines shows Fury as the current favorite at -110, but Wilder’s odds are as short as even-money.

Regardless of what David Haye or the betting experts think, John Fury is willing to bet the house of his son. And, by the looks of the debate on BT Sport, he’d gladly risk a lot more ahead of Fury vs. Wilder 2.