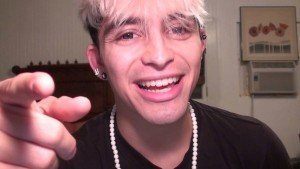 StickyRice1 has become one of the most popular poker streamers on Twitch. (Image: YouTube.com)

Online poker streaming may just be the next big leap for the popularity of the game.

With thousands regularly flocking to watch professional and amateur players alike play real money poker on Twitch.tv, it seems as though live poker broadcasts may be drawing in even non-poker players, and there’s some evidence that the streams may even be increasing traffic at the sites where streamers are broadcasting.

In particular, it seems as though Bovada, the largest of the offshore sites still accepting American players, has benefitted from a couple of high profile streams that are attracting attention among both general audiences and the poker community.

First, there’s the story of stickyrice1, a recreational player who has gone through some tremendous swings while playing $10/$20 no-limit hold’em on Bovada on his stream.

In one night, he managed to run up about $40,000 in winnings, which inevitably drew in a crowd as his heater continued.

Since then, he has continued to stream winning and losing sessions and become infamous enough to have his own dedicated thread on the Two Plus Two forums to discuss his play and his antics.

Another popular stream is that of Byron “Reckful” Bernstein, a popular World of Warcraft and Hearthstone player who has taken some time to play poker on Twitch, streaming his sessions on Bovada as well.

In both cases, the crowds seem to be drawn in just as much by the exuberant personalities of the players as their poker skills.

But regardless of why so many people are watching, the notable thing is that they are, and that at least some of these viewers may also be turning into players.

Anecdotes Suggest Traffic May Be Up During Streams

While it’s hard to come up with any hard figures, some observers have noted that it seems like traffic to Bovada has increased when stickyrice1 is streaming.

If that really is occurring, it may be a combination of added interest in poker in general and players who want to compete against the streamers themselves: on Jason Somerville’s Run It Up streams, for instance, there have been many cases of people in chat stepping up to the regulated WSOP.com tables in Nevada to take him on.

For those unfamiliar with Twitch, the site provides a platform for streaming content related to games: primarily video games, but also board games like chess or, more recently, poker.

While this sometimes means live coverage of major events, most streams feature broadcasters showing off their own play in real time while commenting on the action.

This provides a more personal experience for fans, as they can hear a player’s thoughts in real time and interact with the hosts.

Poker streams have been an increasingly popular addition to Twitch in recent months. Players typically stream their tournaments and cash games in an “almost live” format, with just a few minutes of delay to prevent opponents from seeing their cards while a hand is still in progress.

Both recreational players and professionals have created successful streams on Twitch: in addition to those mentioned above, Randy “nanonoko” Lew has also drawn good audiences for his streams, which have sometimes been promotional efforts in conjunction with PokerStars.

And my bank still won’t clear my 3000 bovada check