On Monday, Doug Polk shocked the world by actually making a non-troll announcement on his YouTube channel while interviewing Parker ‘TonkaaaaP’ Talbot. 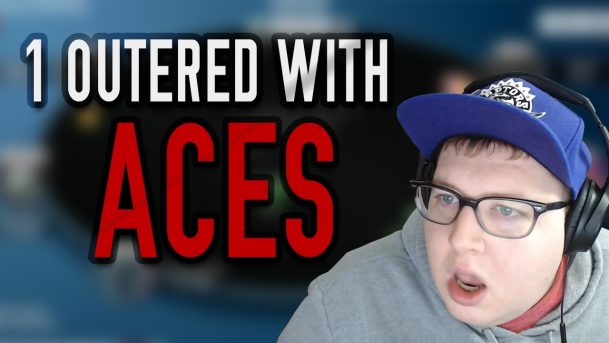 The 2017 WSOP High Roller for One Drop champion was for real when he announced that Tonka will be joining his Upswing Poker training lab as a coach.

Tonka, a Twitch poker streaming sensation and 888poker pro, spent 109 minutes chatting with Polk live on a podcast. The poker pros discussed topics ranging from how Talbot built his bankroll to playing 300 SNG’s a day.

But the main purpose of the podcast was to announce Tonka will be joining the Upswing Poker team. Polk explained why he is hiring on the Twitch streamer.

“We definitely want to bring in someone like a tournament expert into the lab and felt you would be a good fit,” he said. “Happy to have you on board.”

Polk said he’s glad to be working with Tonka now as opposed to being competitors, which they were during Doug’s Twitch streaming days.

Talbot doesn’t play much live poker, although he occasionally travels to major events around the world. He’s won $248,000 in live tournaments, including his biggest score of $180,909 for 7th place in a 2014 EPT Barcelona event.

Tonka almost exclusively plays no-limit hold’em tournaments online. He rarely ventures into other forms of poker. And who could blame him? He’s one of the most successful MTT players in online poker history.

During his poker career that has spanned approximately eight years, he’s played on PokerStars, 888poker, Full Tilt Poker, and partypoker. The bulk of his lifetime $3.1 million earnings have been won at PokerStars ($2.6 million).

Upswing Poker has taken over as the premier poker training site, replacing the recently defunct CardRunners and Ivey League. Doug Polk’s company has hired some of the most talented players in poker.

Upswing Poker also offers “advanced training” products created by Polk, JNandez, and Buddiga. It didn’t take long for Tonka to grace the Upswing crowd with his presence. He has already uploaded a video to the lab.