I was talking with “Rudy” a poker buddy of mine, after he had completed a long session of $1/3 No-Limit Hold’em at a casino poker room. It’s one of my favorite parts of playing poker – debriefing after a session. We were discussing a particularly difficult hand situation he had faced and he wanted my thoughts on how he had played it. I think our discussion and dissection of the hand provides some useful lessons for everyone. 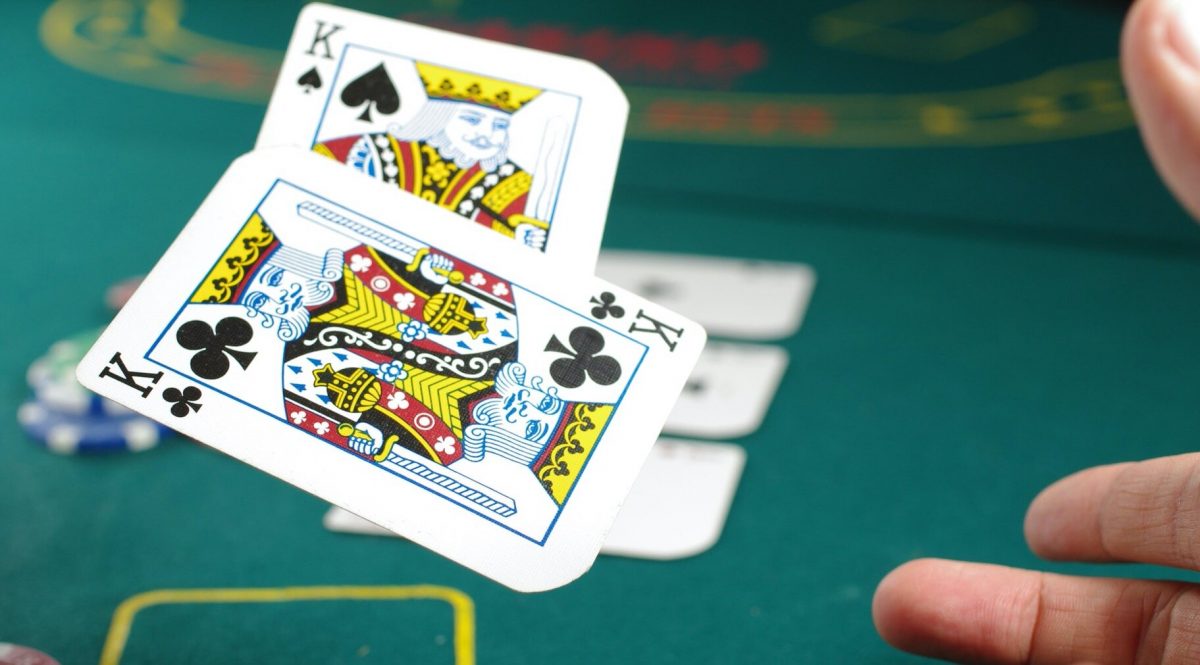 Folding a big hand like kings is never fun, but sometimes, the math dictates that its the right thing to do. (Image: Popsugar)

Rudy had KK in the cut-off position preflop. A middle-position player came in for $10, the standard raise in his game. One player called the raise. Rudy made it $30. Both opponents called.

We agreed that the 3-bet made sense. Had it been just one opponent, he might have only raised to $25 to try and get heads up with the raiser. But with the second player in the hand, we thought that $30 was just about the right amount.

The flop was Q J 8 rainbow. It was checked to Rudy and he bet $50. The raiser called. I asked him what he knew about this villain. Rudy told me that he had played with him before. Rudy rated him a couple of steps above an ABC player, but not one to be wild or particularly creative. He was a generally tight-aggressive player – selective, but not too selective, who had some bluffs and other deception in his range.

Rudy didn’t see him as an expert or professional, but as a very good regular player.

The turn was an Ace – the same suit as the queen. The villain checked and Rudy bet $125. The villain paused a long time and then called. Rudy was concerned because if Villain had been on a flush draw, he would probably would have folded since the price clearly wasn’t good enough to warrant a call. He thought he probably had an Ace, but checked it because of his position, out of caution and deception. It occurred to Rudy that the long pause may have been acting.

Rudy told me he was really reluctant to call, as this player seemed unlikely to make such a bet unless he held either a straight or a flush. Two hearts would have given him a flush. Any 10 would have given him the straight. Still, since he’d be getting roughly 2 to 1 on his call and his opponent was capable of making a big bluff, he felt he had to call. He did, and the villain showed down A-10 for the straight.

I asked Rudy how sure he was that his opponent had the winning hand that he was representing. I asked him to put a number on it. At first, he said he couldn’t. But then I asked him to describe how sure he was. Was he as sure as not – in other words, was it a coin flip in his mind – it could be either one or the other? That would have been 50%.

No, Rudy said, he was leaning pretty strongly to believing it was a legitimate bet. He knew that his opponent wouldn’t have done this with anything but a straight, a flush, or a bluff. There was no set, two pair, or paired ace in his range. Was he practically certain, I asked? Almost but not quite certain? I asked him to put a number on it again. He reluctantly said he was 75% to 80% sure.

I concluded that the call was an error since the pot odds were only 66.6%. It was a close call, I said, but he should have folded.

Going with your gut

Rudy objected to my method for determining that his call had been a mistake. “I was in the ballpark and should have called” he concluded. So we talked a bit more about reading and estimating. Here’s the takeaway – that we both finally agreed upon.

You’ve got to make your read as best you can, and then do your best to put a number on it. You may be wrong in your read, but the time to determine whether your read is wrong is later, after the hand is over.

You can only be as sure as you can be at the moment. Do this before thinking about the size of the pot and the price of your call. This must be done without considering the absolute size of the pot, your desire to find out your opponent’s hand, or how it feels to call and lose or fold and lose.

In this instance, Rudy needed to first consider how likely it was that his opponent was bluffing, put a number on it, and then do the simple math of comparing how sure he was that he would win to the size of the pot. He then needed to follow the math. If he had the proper pot odds to call, he should have called. If not, he should have folded. Simple as that.

Rudy needed to trust his read, do the math, and obey the dictates of the math.

All of us come to a poker decision with an inherent bias. Most of us have a bias toward calling. Specifically, that means when left up to our inclination, we will call too often. A few of us have the opposite inclination. We want to avoid losing, and lean toward folding. That’s why it’s critical to make your read and put a number on it first, before you calculate pot odds.

Then, don’t waver based on the result you come up with, as you’ll be giving in to your inherent bias. Trust your read and follow the math – simple as that.

In the course of playing, you may determine that, based on your results, observation, and analysis, your reads tend to be wrong for one reason or another. You may then start to alter your reading based on that analysis. But the time to do that is not in the heat of battle. Do it after the fact, when you can calmly and methodically analyze how you’re doing. Until then, you must act on the best read you can make and let the chips fall where they may, so to speak. Any other path is folly.